Originally published in 2003 for the Sony PlayStation 2, Chaos Legion was soon ported to the PC. Unfortunately, Capcom managed to bungle the game's copy protection, which lead to the initial print run being unplayable. They quickly released a second corrected version, though the damage had already been done. Despite this (and a misguided marketing campaign), the game is still a solid third-person hack-and-slash.

Chaos Legion displays all of its text, UI, and non-3D graphics by way of layering Targa files on-screen. A large number of these files are dummies left in the finished game so as not to accidentally break the way the engine finds what it needs. Most of these files are simply 'Reserved ###' and represent left-over space. 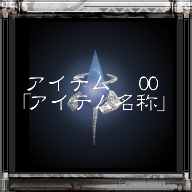 The developers also left in a number of placeholder item graphics that use the Soul Recovery as a default template. Since they weren't needed, they were just left as-is with their still-Japanese text translating as Item 00, Item Name.

The original game shipped with some music that went unheard, due to the way the sound engine is designed. In the PC version, these parts can be heard using sound editors capable of importing the IKM format. Normally, there is one track for the stage itself which has an introduction, the main song which is programmed to loop on itself based on designated points, and an ending. In a separate IKM file is the loop played when a Legion is summoned by Seig. All stage and boss tracks except for Siela's theme have the ending file, but do not use them. Rather than play the ending seconds, the game was programmed to fade out of the loop. This is not a problem for boss theme 1 and stages themes 1 & 2, which do not have endings at all.

The following files use the English official soundtrack titles, although they are not included on said soundtrack.

Stage 3: A Way to Nowhere Ending

Stage 6: I Can Hear the Shriek Ending

The following files are from the various boss tracks.

This theme has no ending component.

This part of Massive Strokes is strange, in that the IKM file contains the lead-in. Since the legion bit is never played, this combination of music cannot be heard while playing.

This theme has no legion component.