Conflict is a turn-based strategy game by Vic Tokai. There are 16 scenarios, with the goal of each one being to destroy the enemy's forces.

The game received a sequel on the SNES titled Super Conflict: The Mideast.

Using the Game Genie code AENSSYPA and selecting a level between 8 and 16 will display the following message, which seems to be left over from a preview version of the game. 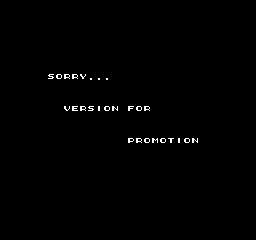