Cythera is the first RPG to be published by Ambrosia. Was influenced by the Ultima series. Cythera uses a game engine called Delver. Unlike most vintage Mac games, the scenario file uses a custom archive format instead of using the Resource Fork; an editor is available, as is extensive technical documentation which may be of use in finding further inaccessible content.

There's quite a lot of dialogue that seems to be unreachable in normal gameplay because of bugs. This is described here. 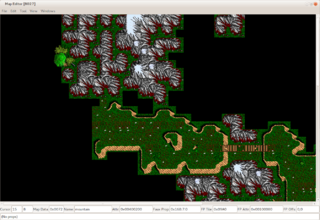 There is an inaccessible level, Map Resource 0x8027, which was first reached by hacking saved game files. It is visibly incomplete.

Starting at C9AB2 in the executable are some messages relating to a potential cheat mode.