Zombies in L.A., baby! This sequel to Techland's controversial Dead Island has been in development hell ever since its memorable 2014 announcement trailer, with at least three different studios being involved at different points - Yager Development, Sumo Digital, and Deep Silver Dambuster Studios. This build, leaked June 5 2020, is dated June 19, 2015 - one month before Yager were removed from the project due to their vision for the project supposedly "[falling] out of alignment" with that of publisher Deep Silver.

Accessible through the game's console are numerous areas for the game. While some may load into complete nothingness due to missing files, others will load into something interesting, such as developer rooms.

A developer room with a blue temporary material. There are numerous warps to different areas in the game including Los Angeles, Redwood, and San Francisco. It is also possible to start a game through 127.0.0.1. It's possible to change your character's class. Unfortunately, attempting to teleport to Redwood or Los Angeles will not work but teleporting to San Francisco will teleport you to the very beginning of the game. 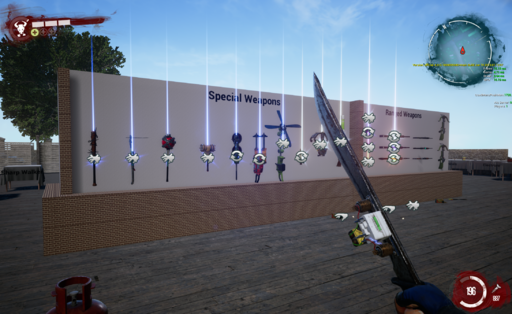 It seems at some point during development, a two to four player splitscreen mode was planned to be featured although what remains of it is extremely unfinished with each individual player's controls other than player one not working and the majority of the screen being filled in an obstructive red. 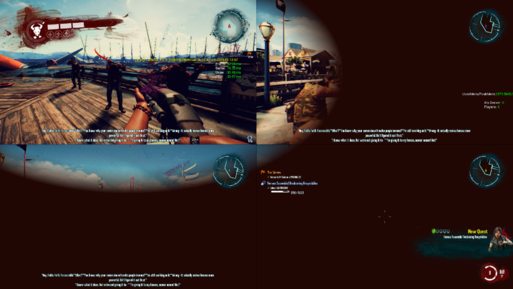 Repeated six times in the PBGame/Content/Movies file directory is a set of videos with "Serum Ending" in the file name. It's a very early and unfinished cutscene showing the Radioman Dude (the Jack Black impersonator) singing Escape by Rupert Holmes before shouting "It's serum time!"
The filenames for each ending are as follows: Serum_Ending.bk2, Serum_Ending_SF.bk2, Serum_Ending3.bk2, Serum_Ending4.bk2, and Serum_Ending5.bk2. Each video is identical. There are also several Loading Screens which are unused.

Found in the game's files are models of several Special Zombies. 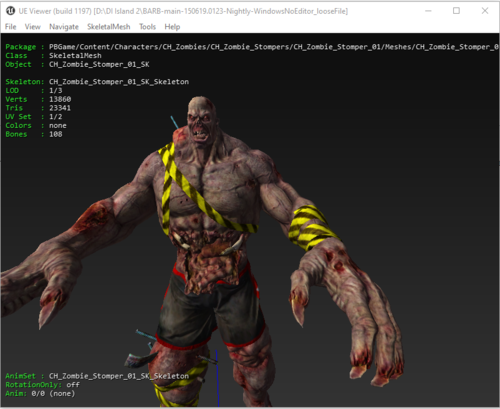 Could have been a miniboss or a Bruiser-type enemy. The files in the directory PBGame\Content\VoiceLines\Custom\Zombies\Stomper and PBGame\Content\Generic\Weapons\EnemyWeapons\Stomper give a few hints as to some attacks this enemy has:
Play_Voc_Stomper_CombatGroundStomp_Match.uasset and MA_Stomper_Melee_GroundStomp.uasset indicates that the Stomper was capable of doing a Ground Stomp... Hence the name!
Play_Voc_Stomper_CombatRoarSprintKick_Match.uasset indicates it could also do a Sprint Kick move.
As indicated in the PBGame\Content\Animations\PairedAnimation\PlayerVsStomper directory, the Stomper was capable of initiating a quick-time event with the player upon grabbing them. 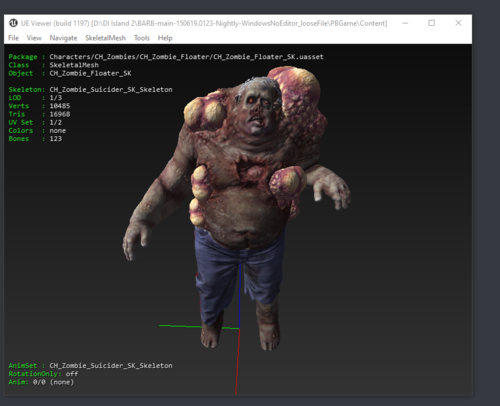 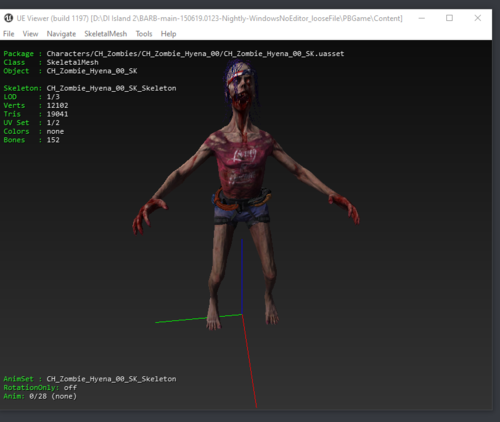