Disaster Report is the predecessor to Raw Danger, and the first game in the Zettai Zetsumei Toshi series (絶体絶命都市; literally, "The Desperated City").

The game deals with the characters' survival and escape from the slow collapse of an artificial island. While dodging falling buildings and debris from periodic earthquakes, the player must find a way off the island. In addition, the main character, a reporter, must investigate the reasons for the disaster.

Under normal circumstances, players can only choose the Normal or Hard difficulty. However, by setting the address 2025C2C8 to 0000, saving, and reloading, the game will now be in "Easy" difficulty and the save's difficulty will reflect this. The save/load/checkpoint memory value for difficulty is located at 204052C0.

The "Easy" difficulty is seen in an example of a save on a save screen in the game's instruction booklet, and there are several gameplay screenshots where two QP bars can be seen. Along with the save having the "Easy" marker, it is saved at the location "Airport Island", which does not seem to be an actual gameplay area. 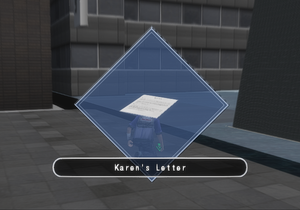 Karen's Letter, strangely enough, can be found placed in an out-of-bounds area of the Patrick James Park map. Karen's Letter appears nowhere else in the game, and is treated by the game as a note. The title for the note reads "Rescue Team Note", and reads as follows:

It's a letter from Karen.

Keith, Thank you for helping me when I needed it. I feel safe when we are together.

It's a pleasure being with you. 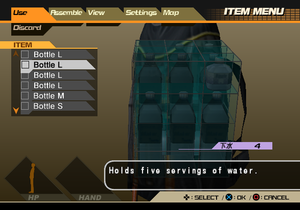 Sewage water (in Japanese "下水") is an unused water variant. Upon consumption, sewage water decreases player HP and QP by 50%. 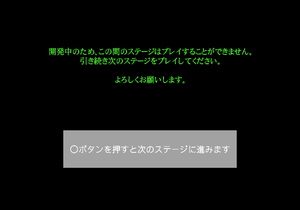 Additionally, if 20380710 is set to 1 before warping, players are greeted with a Japanese warning screen which loosely translates into the following:

Because this is under development, you cannot play the stage at this time.

To continue, please play the next stage.

Press the ◯ button to proceed to the next stage.

This screen was likely used in a demo at some point.

On the discs for the NTSC-U and PAL versions of the game are four tutorial videos from the Japanese version of the game.

While many characters have black hair in the Japanese version, these characters' hair colors were changed to blonde in the international versions in an attempt to appeal to a western audience, even though these characters still have an Asian appearance as their models remain untouched.

The PAL release of Disaster Report is titled "SOS: The Final Escape," and is the only version of the game to contain an accessible "easy" difficulty.