This is a sub-page of Donkey Kong 64.

A number of spawn points exist that are normally inaccessible in Adventure mode. Use these GameShark codes to access them, where XX is the corresponding map value and YY the exit value.

All of the title screen demos start from predefined spawn points. Only DK and Lanky's are unique; the rest are the same as those used in Adventure mode. 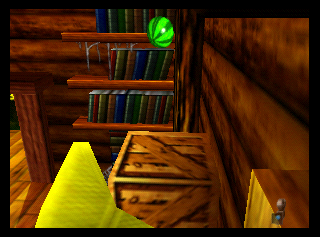 Spawns you to the right of the doorway, in front of the oil drum.

Regardless of where you entered, being in this position spawns a DK clone in the center of the room. 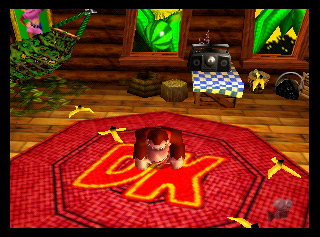 Spawns you in the center of the room. While you do start here at the beginning of a new game (if story skip is off), this particular exit value is never loaded. 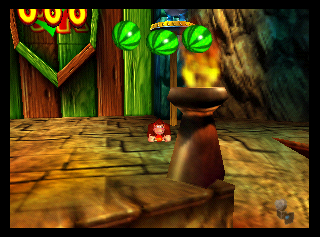 Spawns you next to Scoff's pad. 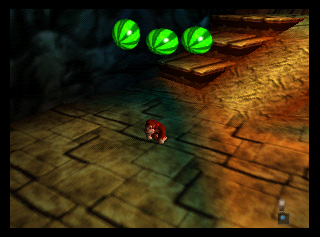 Spawns you on the left side of the room, near the stairs. Causing Cutscene 6 in Aztec Lobby will take you to this exit. 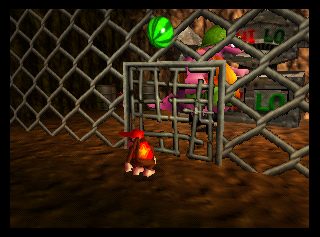 Spawns you in front of the Chimpy Charge gate. 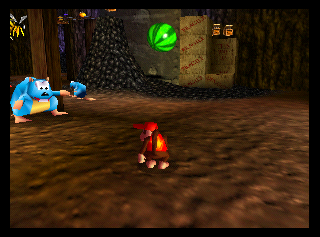 Spawns you slightly ahead of the entrance. E3 footage shows there used to be a DKTV demo in this area, but that one appears to have used exit 00 instead. 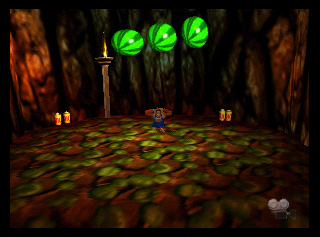 This was where Lanky's Exit Door was in the prototype. 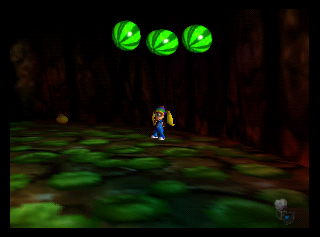 This was where Tiny's Exit Door was in the prototype. 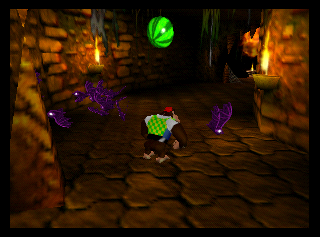 Spawns you a short distance away from the barrel cannon. Again, Chunky's demo uses exit 00 instead of this one. 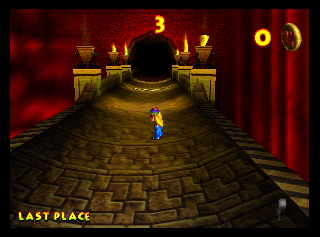 Starts you at the bottom of the slide, right before the finish line. Crossing it doesn't end the race, so you can freely walk over and grab the Banana (which counts as having won it). 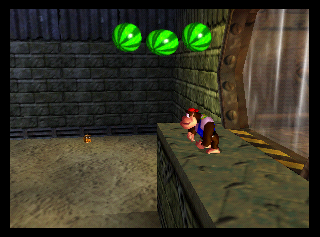 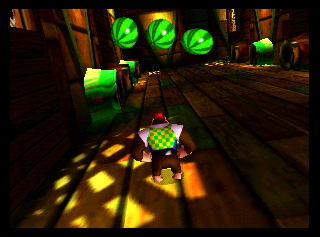 Spawns you to the left of the barrel cannon, under the window.

All of these exits affect your starting position in the race. For reference, exit 00 is the used one, which starts you in the front-right position.

All of the level's old Exit Door warps are still intact. Spawns you at the back of Tiny's Bonus Barrel shrink hole. Signs point to this having been a scrapped Troff 'n' Scoff portal: it's located right after the used portals in the exit list, and you immediately drop under the floor when spawning (which also happens if you warp to where a portal was after beating the boss). 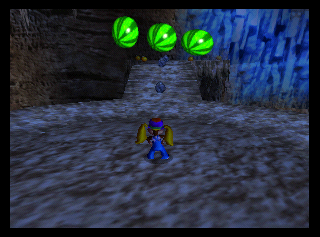 Spawns you in the center of the giant Kosha room. The only normal way to access this place is via the Tiny Pad. 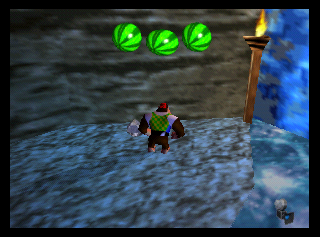 Spawns you in one corner of the Gorilla Gone cave. As noted on the main page, this area may have had something to do with the Ice Key and/or Stop 'n' Swop.

The list of exits is generally the same between all versions of Hideout Helm (maps 11, 1C, and 98). The only difference is that 11 has five exits, whereas 1C and 98 only have three. 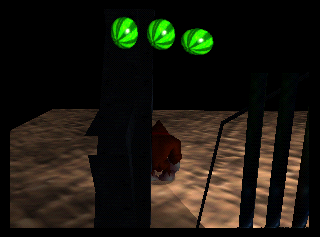 Spawns you next to the prison(s) from the Intro Story. 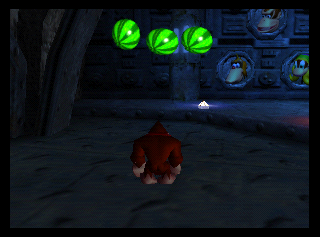 Spawns you in the throne room, between the chair and the corridor. Spawns you in front of the lever.

Retrieved from "https://tcrf.net/index.php?title=Donkey_Kong_64/Unused_Exits&oldid=772736"
Categories:
Cleanup > To do
Subpages