Turn on the console with the Super Scope connected and the game will boot into a visual test menu.

The Japanese version shows the developer logo being attacked. 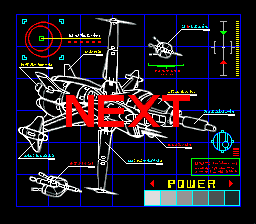