DynoBlaze was to be a beat-'em-up featuring dinosaurs with hockey sticks. The prototype that has been released is pretty barebones, but there's still some stuff to be found inside. 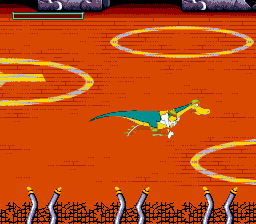 Bronnie is the most playable of the unused characters, and has most frames active. He rivals Wayne in development. 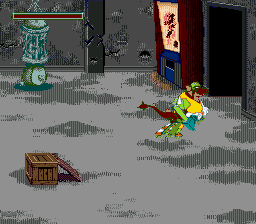 Anky has only a few extra frames not normally seen, including a "slipping" animation which looks more like he's falling directly down than slipping over. He also displays a different palette to the one shown in the character selection screen (not that it means much, given that a lot of palettes displayed are incorrect or corrupted). 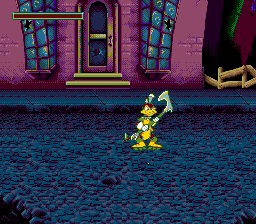 Sid has the least amount of work done. In fact, all that plays for him is the same 3-4 frame animation that you see on the character select. When not idle, he uses Bronnie's sprites.

Interestingly, setting the character value higher than 3 can cause Wayne to show other animations, such as a fist bump sprite.