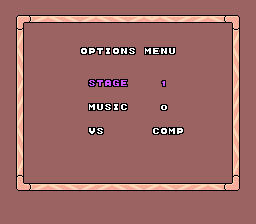 After activating the debug mode, hold Left on the D-Pad when starting or continuing a game to access this menu, consisting of a stage select, sound test, and the option to make enemy units either human- or computer-controlled (this can be changed ingame.) 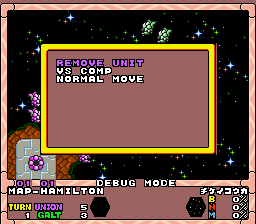 Activating the debug mode will also cause the text "DEBUG MODE" to appear above the in-game HUD, along with the current coordinates of the cursor. From here, pressing R on controller 1 brings up the in-game debug menu.

There is unused music.

There is unused sounds.