Echo Night No. 2: Nemuri no Shihaisha

The second game in the Echo Night series and the only game in the series that's Japan exclusive.

The game has three items that have no function whatsoever attached. 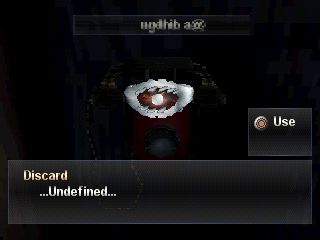 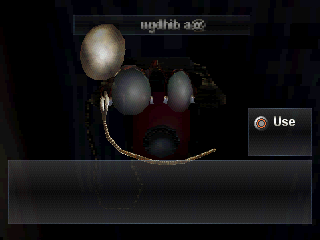 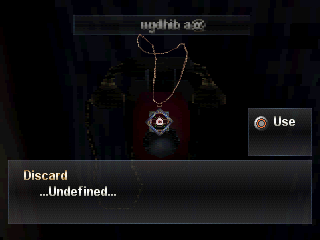 Some sort of talisman or pendant.

All those items are either called ボツ ("botsu": Unused) or stay nameless. 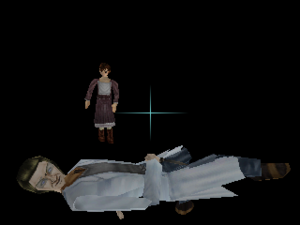 A whole view of the room.

Called in-game 大学構内/図書館前 (In front of the Campus / Library) and internally refered as ☆図書館への道 (Way to the Library).

When accessed, the room is entirely black (yet solid) and composed of two characters that are out of reach. One is a guy in a white coat laying on his back and carrying a knife, the other is a woman seemingly approaching him but frozen in place. Though invisible, several objects that do not lack collision are present in the room, including two doors that when interacted with will put the player back in the middle of the room. Both characters lack any kind of interactivity.

To access Benjamin Room, one can use the following Action Replay code: 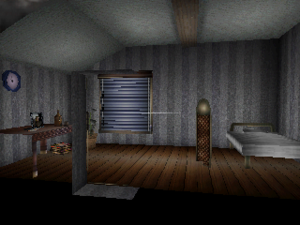 The whole unused room as seen from out of bounds.

A fully-fledged room that, as both its names suggests, was originally part of the game's prologue. While the terrain is walkable, the room has almost no collision. A few key items are selectable - a photo of Catherine, a glass, an ashtray, a table, a bed, a window and the exit door. None of them, though, produce any response when interacted with. Music also plays in this room, but it's interrupted once the menu is opened and won't come back. Upon entering, the player is greeted with two contextual English images and a single line of dialogue. 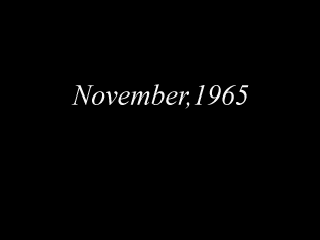 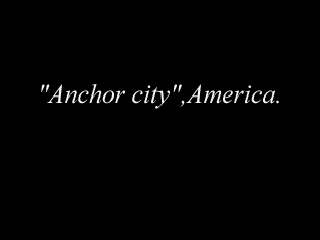 To access the Prologue Room, one can use the following Action Replay code:

The game has an unused, alpha-looking intro cutscene that shows the protagonist approaching the mansion by car (different than the one used in the final game) while narrating the game events.

It loops forever, preventing one from playing the actual game.

To see the unused intro, one can use the following Action Replay code: