F-22 is an unlicensed shoot-em-up featuring what might be some of the worst cutscene graphics to ever appear in an NES game. There's also music from Star Wars in some of the later levels. That's nice.

Graphics for an exit option are present in the CHR bank used by the options screen. This was likely scrapped as the menu can simply be left by pressing Start. 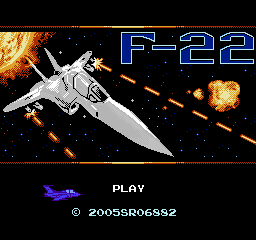 There are 2 versions of the game, the initial release by Inventor, and a later release by Waixing. The Waixing release changes the title screen, removes the cutscenes and ending, and reduces the number of levels from 16 to 3. 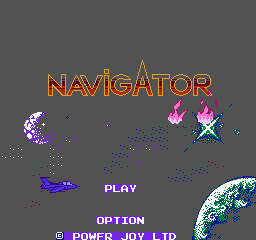 A minor hack of the Inventor release published by Power Joy which replaces the title screen and changes the background color used in menus and cutscenes from black to gray.