Galaxy Life was an MMO strategy game developed for Facebook and other Flash game sites. Alas, the game shut down due to declining popularity.

Unfortunately, the people who archived the Flash assets were unable to retrieve all the assets from the Ubisoft CDN, due to the game shutting down before a full recovery could be completed. 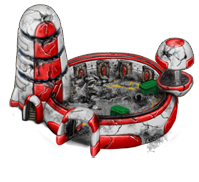 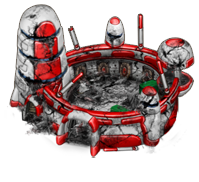 Unused graphics of barracks in disrepair, repaired buildings are shown in the pre-release page along with unused Compact House and Star Base designs.

Each enemy NPC has their own base layout in the files but no unused layouts have been discovered yet.

Pinkia, like the name implies, is a pink coloured starling. She would have been Firebit's blood-bonded sister.

According to one of the original developers, Pinkia was possibly scrapped due to her design, which is quite ironic considering the fact Pinkia is supposed to look like a beautiful Starling. 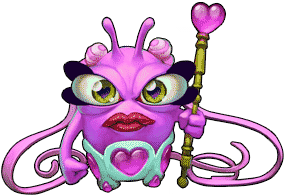 I can't remember right now (why Pinkie was scrapped).
I remember we didn't like Pinkia's design,
and I assume it was because at the end
we didn't add extra story missions

Banker is the first Gold Starling to have "existed". It has been shown off multiple times in Galaxy Life's pre-release days, but never made it into the game. Yet, it survived in the game's data. It's thought to be an NPC for the Bank Building, although it was probably scrapped due to the fact most NPCs aren't associated with Buildings. 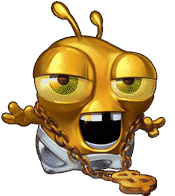 I don't remember if we ended using him for something, I bet he was unused.
But yes, he was supposed to be a golden Starling NPC

Magmalot is a freakish version of Firebit found unused in the game's files. Old storyboards revealed that Magmalot would have been a failed attempt of Firebit cloning himself and convinced that he was Firebit's brother. 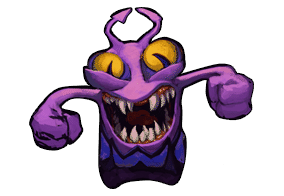 Unused dialogue showing several versions of antagonist NPCs and unused Magmalot and Pinkia ones. Magmalot's appearance to be the Smasher Squad Alien is unconfirmed.

In-game dialogue for Magmalot. He has only a placeholder description though.

Here is a comparison of two planet types that backs the claim of the unused planet type being a copy up.