Essentially Typing of The Dead with B-series Kong Fu fighters, where you have to write hiragana to form kanji, instead of English letters. 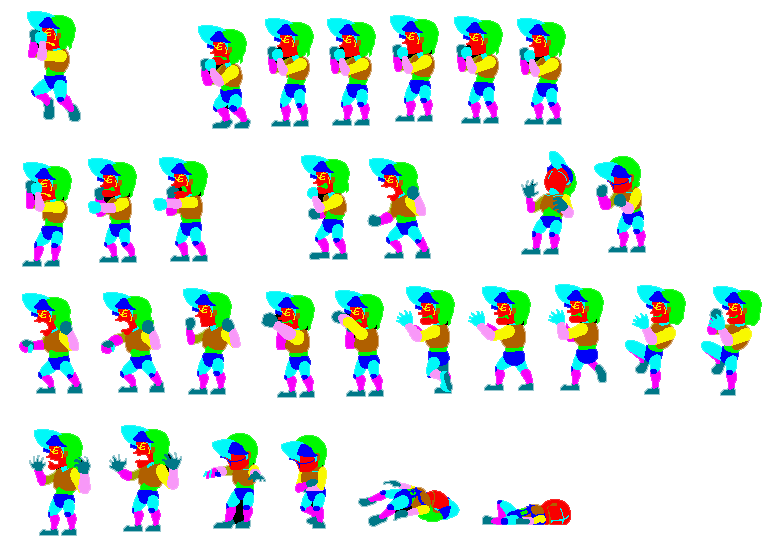 There are oddly-colored dummy graphics with animations that served as the basis for enemies moves, during the side-view boss sequences. 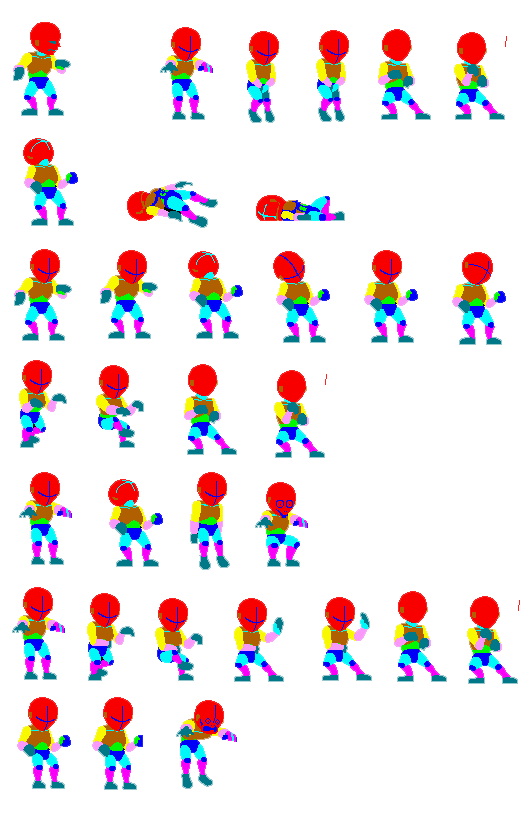 Similar graphics exist for the player, during the side-view boss sequences. They're also unused.

An unused sprite for a woman is stored in the ROM, among the regular portraits used during story segments. It is notably smaller and drawn in a slightly different style than the ones used for her, and this particular stance isn't available among them. The used miniature mugshot for her is based on this unused sprite, yet with different shading. The image from above has the unused portrait in the left, with used images for one of her portraits and a mugshot as a comparaison.