It's no "This game stinks!", but printing the words Imagine Party Babyz on your Wii game is a surefire way to get a surprisingly-decent minigame collection bargain-binned and ignored. Ubisoft strikes again!

A couple of batch files used during development were left on the disc. One of these compressed the bulk of the game's assets using a public-domain LZSS implementation (h, cpp) and another was intended to clear out unconverted graphics.

(Source: Jul users for research, reverse-engineering and tools for the compression)

A massive number of ".c" and ".h" files are strewn all over the disc. Here's an archive of all of them, preserved in their original directory structure.

More like longs. Three log files are present on the disc: two called "anm_analysis.log" under /babyz/motion/baby/Head and /babyz/motion/baby/skins, and "out.log" in /babyz/objects. As with the code above, this archive preserves their original directory structure.

The game is branded in at least four ways for local markets. The internal name for the PAL release is "BEBES PARTY", the French title (and Visual Impact is a French company), but the game's assets are stored under the babyz directory, so take your pick.

Included on the disc are two directories used for sample programs in the Wii SDK: axdemo and hbmdemo.

The only files remaining in this directory are a split 2-channel DSP stream, converted to Vorbis above.

This was apparently used to test the Home Menu triggered in all Wii games by pressing the Home button.

Two byte-identical copies of this image are present as "sample.jpg" and "s_sample.jpg" (so the poor encoding is either Nintendo's or Visual Impact's fault). It appears to be a control guide, as are bundled with downloaded titles (i.e., Virtual Console and WiiWare) to be accessed from the Home Menu.

In this case, the descriptions and talk of "capsules" suggest a Dr. Mario title.

A clean, TPL format control guide in Japanese. This is a Japanese language version of "sample.jpg" and "s_sample.jpg". 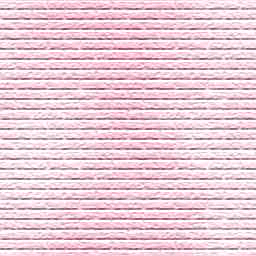 All attempts to figure out what this image is for have so far hit a brick wall.