Infotron is a puzzle game which tells the story of a gumball trying to escape from a computer.

Some levels have inaccessible bits of wall outside the level boundaries.

The last level (You Win!) is more than it appears - it has an outer wall, an infotron and an exit. If the player completes this level (which is supposed to be impossible), the game displays the same "You WON Infotron!" screen that's displayed after completing level 50. The level isn't marked as completed though (it still appears yellow in the level select menu). 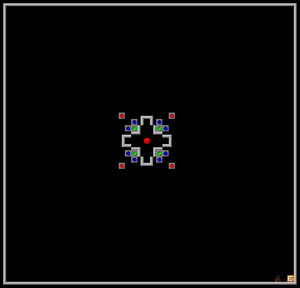 There is a smiling face in level 31 (Seeing Yellow), far enough away from any accessible area that the player can never see it. Also, the bottom-right corner tile of the level boundary is missing. 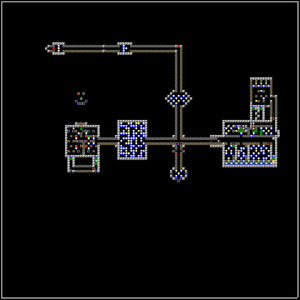 Dave Peck signed his name outside the boundary of level 49 (Thought).