Journey to the Center of the Earth (Nintendo DS)

Journey to the Center of the Earth is a low-effort video game adaptation of the movie with the same name.

A level meant for testing enemies, character abilities, and items. In the files, it's called "Playground". It can be entered by switching the "LevelX_X" folder with the "Level1_1" folder and starting a new game. 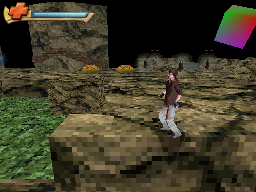 A short cutscene meant as a placeholder. It's an unfinished version of the opening. It can be viewed by switching the "CS_PlaceHolder" folder with the "CS0_Intro" folder and starting a new game.