Jump Jump is about a... thing that jumps across logs to reach the top of numerous waterfalls. The physics are really off in this game. 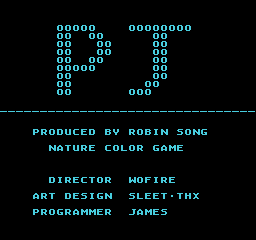 Two versions of this game exist, with the only apparent difference being that one version has background music and the other one doesn't.