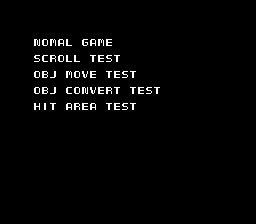 Use Pro Action Replay code 00AF2D01 or Game Genie code DFC4-A707 to access the debug menu on bootup. Note that there's no visible cursor, so you'll need to keep track of your D-Pad Up/Down presses when making a selection. Or, monitor memory address $7E052A in a debugger, which holds the index. Press the A button or Start to confirm the selection. Watch out, there's an invisible sixth option (index #$05) that will crash the game if selected.

Otherwise known as Normal Game, it jumps to the title screen. 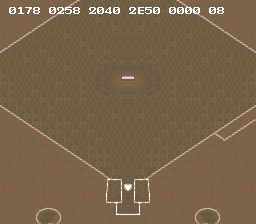 A baseball field scroll test with the coordinates displayed at the top of the screen. Use the D-Pad to move around. Hold the A or B buttons as you move the D-Pad to increase the scroll speed. 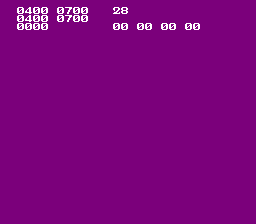 This screen uses the same controls as the scroll test, but no object seems to be present to test with. 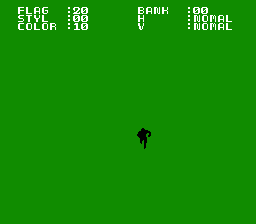 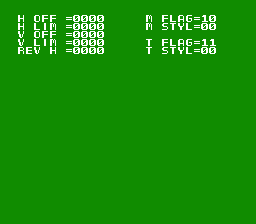 Use Pro Action Replay code 00AF2F01 or Game Genie code DFC4-A7A7 to instantly begin a 1P vs. 2P game on bootup. When the game is finished, it starts over again.

When the final score appears, on controller 2 hold R shoulder button until after the announcer's voice. Unknown effect, but likely related to the win/loss record.

On bootup, the game stores #$0000 to memory address 7E14FF, then in the very next operation checks if it's zero:

Use Pro Action Replay code 00A68F80 or Game Genie code 6DC6-67AF to force the alternate branch path, which brings up this menu: 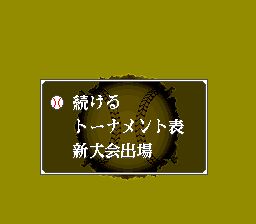