With this mode active, a whole can of goodies get opened. This mode will activate hidden menus normally not accessible, enable debug displays, and allow you to open a debug menu at anytime with a second controller, and many more. Apply the following code for your version of the game to enable this mode. 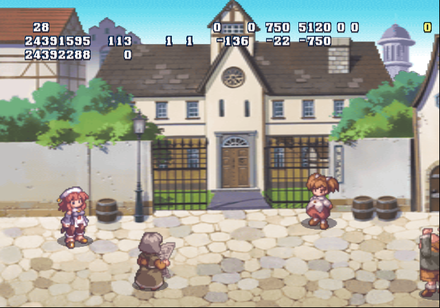 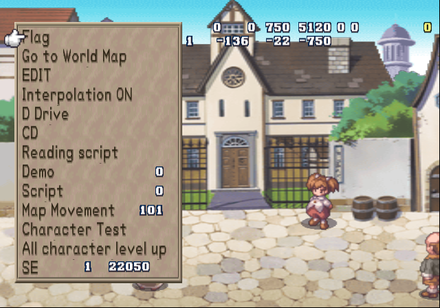 With a second controller plugged in, to bring up the debug menu anytime, press Select on controller 2. The known controller 2 inputs are below: 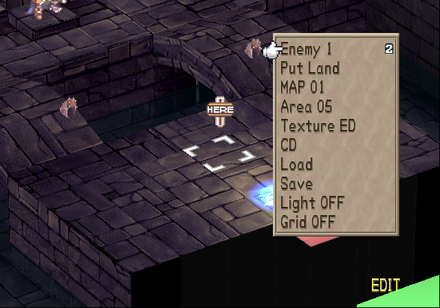 This option allows you to edit maps, even make entirely new ones. 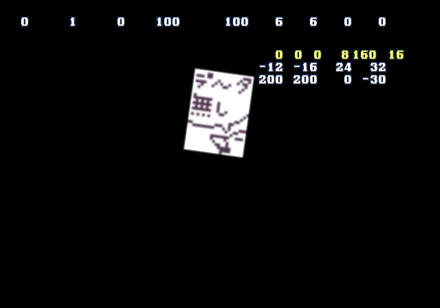 A graphic viewer option. This also allows you to view all sprites in the game as well.

Most of these can be displayed with Developer Mode active, however there is a few extra options even that mode doesn't activate. Apply the following GameShark/CodeBreaker code to enable these extra menus:

The Western versions have graphical changes, primarily to reduce religious imagery. In the North American version, the player can choose between English or Japanese voice-overs. This option was removed for the European version, which only has English audio.

Additional content was added for the Japanese re-release in 2004 and later incorporated into the European version, such as a "new game plus" feature and a new boss battle level.