Pro Action Replay (PAR) code 00FFF001 activates a couple of debug features. The below controls are for Controller 2. 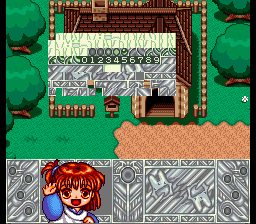 View the contents of video memory using Controller 2. Up/Down cycles through each page of graphics, and Left/Right changes the palette. 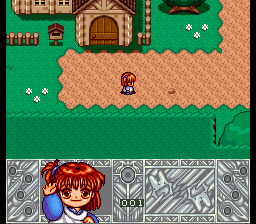 Enabling the code will also display a three digit number near the bottom of the screen, corresponding to your current location. 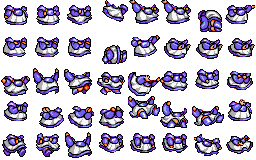 An alternate (complete) set of battle graphics for Arle wearing a piece of armor, similar to the one she has in other Madou Monogatari games.

Placeholders for the body section of battle sprites, both for the used set and the unused one. They are at the end of the tileset, so they probably had all the possible sprites numbered like so before they were drawn. 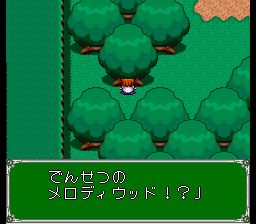 There is a "メロディウッド"(Melody Wood) at North West of Arle's house. 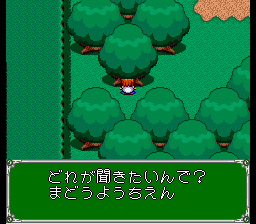 Displays the message "どれが聞きたいんで？"(Which one do you want to listen?). Second Line displays the music name.