Magic Jewelry is a Columns clone by that one guy who made all of those clones and multicart homebrews for the NES. 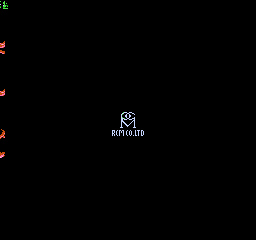 At the game over screen, hold Select + Right then press Start to see the developer's logo screen.

This also acts as a continue code, as the game does not reset the level, score or jewelry count after pressing Start on this screen.

If either check fails, the game locks up.

If you hold Select while pressing A or B, the current piece will flip vertically rather than just shift the colors around, a nifty little trick that isn't mentioned anywhere. Further, since vertical flips aren't part of the Columns franchise, it's unlikely that most players would know it's possible.