As usual for Neo Geo games, Neo Turf Masters has two sets of debug switches which can be enabled when running the game with a compatible BIOS version.

This setting controls several of the individual debug options. When enabled, you can:

Also, the icon in the center of the shot meter that shows the ball's most recent lie will update continuously during shots to reflect whatever is on the ground directly underneath the ball. 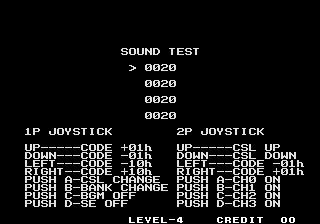 This sound test uses both P1 and P2's controls, allowing you to assign different songs or sound effects to all four of P2's buttons. 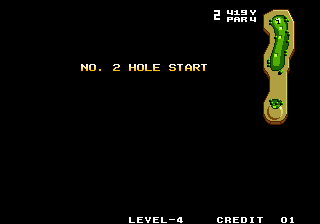 When the main debug mode is enabled, you can select any hole from the current course to play when starting a game or after completing a hole, allowing you to play them in any order or as many times each as you want. 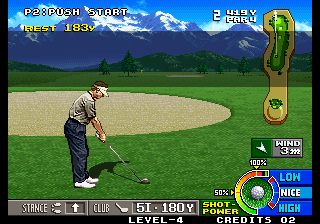 DIP 1 bits 2 and 8 activate two different CPU meters, which darken two different areas of the screen to show the amount of CPU time used by different parts of the game loop. Both meters can be activated simultaneously. 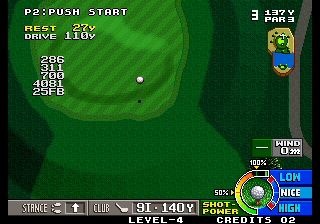 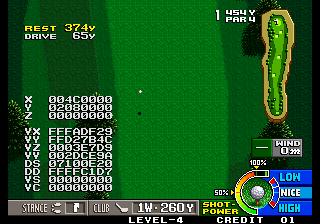