A collection of twelve Nintendo-themed minigames designed to show off the power of the Wii U's GamePad, all wrapped in a theme park setting. 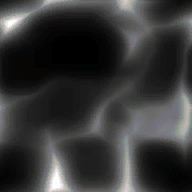 LIG_mati.ry.48.dspadpcm.bfstm is another unused track meant for Luigi's Ghost Mansion. It is a short loop of the base part of the tutorial music without any other instruments.

Due to Mario Chase having a locked time limit of 2 minutes, a decent chunk of the music on Slide Hill never gets a chance to play as the song is interrupted before it can reach the loop.

MRO_suberi.ry.48.dspadpcm.bfstm is the main music that plays in the level "Slide Hill" in Mario Chase. The song plays for 1:38 before it normally loops. However, since the round only lasts for two minutes, the game interrupts the song with the sped-up version when the timer reaches the one-minute mark.

In Mario Chase, there are levels "Field02, Field03, Field04", but there is no Field01, suggesting there was a level that was removed.

Files in Common\System\ contain a build date and number.

The SZS and SARC files named agl_resource_cafe_dev and agl_resource_minimum_cafe_dev in content\Common\SeadResource\AglRoot in the base game has a few shader archive files with a portion of plain text shell scripts as well as the obvious binary scripts, Japanese developer notes are also present in them. Many of the scripts are developed by Nakajima Souichi, Takuhiro Dohta, Tomohisa Saitoh, Takahiro Takayama, Shintaro Sato and Atsushi Asakura. The password for the archive is tcrf-is-good. The SARC and SZS have differences between each other. There are also said files for a few of the game's shaders too in Static2.pack/System/Shader.szs!

The SZS files in content\Common\SeadResource\GSysRoot have a portion of plain text shell scripts as well as the obvious binary scripts, Japanese developer notes are also present in them. Many of the scripts are developed by Takuhiro Dohta, Tomohisa Saitoh, Takahiro Takayama, Shintaro Sato and Atsushi Asakura. The password for the archive is tcrf-is-good.

The game's internal project name is "Lunch" as seen from multiple strings and file names. This likely relates to the first public use of the LunchPack game engine.

In the filesystem, a lot of empty .svn folders are present in the majority of folders and the root of the game's data. The JP trial version of the game has the filesystem clean of SVN directory leftovers. This is a leftover from Apache Subversion, a version control system.