Both the North American and European releases are both called version 8.7 final on the start up screen. The European version does have some differences besides the PAL conversion, however. First off, the text on this screen was made brighter.

The resolution used for most of the game has been changed from 320x218@60Hz to 320x264@50Hz. As can be seen in the comparison shot, only the HUD elements take advantage of the higher resolution - Joanna's field of view is simply stretched vertically. 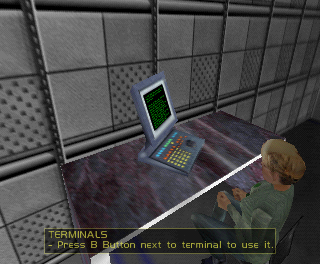 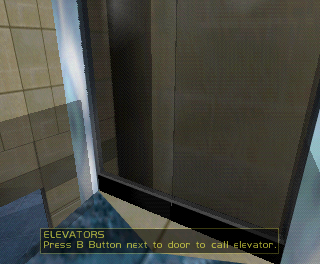 When walking around the Carrington Institute, some hint text pops up the first time Joanna approaches an elevator, terminal, hovercrate, and hoverbike. This text was intended to appear in the North American version, but the action block used by Carrington's tour of the Institute makes it impossible to see under reasonable circumstances. In the North American version, it is set up to display every time Joanna approaches one of these objects.

In the North American version, there is a mistake in Carrington Villa's briefing on Special Agent: Both "Eliminate Rooftop Snipers" and "Activate Wind Generator" are given as objective two. This was fixed in the European and Japanese versions. The comparison here also points out another change: The European version leaves more space between each line of text, but the size of the menu hasn't been increased, meaning less text fits on-screen at once.

The Japanese release is JPN version 8.9 final. A new trademark line has also been added to this screen. The Japanese version retains the European version's changes, with the exception of the resolution and refresh rate, but also introduces plenty of its own.

In line with the "red and black" marketing the game received in Japan, the Nintendo 64 "N" logo turns into a blood red "pd" instead of blue and gray.

The title screen background is also red. The title logo used in the other versions is drawn in the background, with a new black katakana logo in the foreground, and red copies of this new logo resizing and glowing behind it.

At Nintendo of Japan's request, Joanna Dark now has an improved face texture (that bears a closer resemblance to the face of the Joanna used in the CGI renders in promotional material) in the Japanese version. Similar texture changes do not extend to any other character in the game - not even Joanna's sister, Velvet. 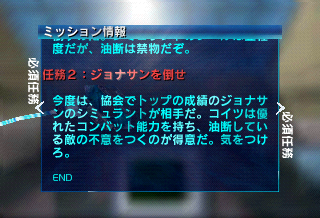 On the subject of siblings, Jonathan's surname is no longer given in The Duel's briefing.

This version removes the blood splatter when characters are shot and the pools of blood that emerge from dead characters. There is still a subtle blood stain applied to characters' bodies where they have been shot and dead bodies fade out shortly after they hit the ground, exactly like GoldenEye. This also helps free up memory, and the game runs slightly smoother as a result. 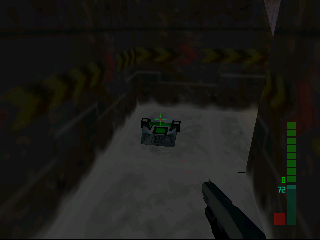 Shields have been added to many missions on Perfect Agent difficulty, making them easier.

The Combat Knife has been removed from the game. It is not available to choose in the Combat Simulator, and the All Guns in Solo cheat doesn't grant it. Joanna begins the Attack Ship mission with a Falcon 2 instead. 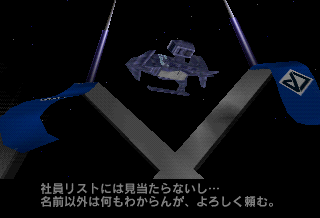 All spoken dialogue is still in English, so cutscene subtitles have been enabled by default.

When the international versions of Perfect Dark are started without the N64 Expansion Pak (model NUS-007), the player is treated to the so-called "Small but Perfect Menu" with limited playability. Up to two players can play, the solo missions, co-op and counter-op are not available, and adjustable settings are limited to music and sound volume, sound output, and visual aspect ratio. The Japanese version, on the other hand, freezes on a black screen bearing a message when starting if the Expansion Pak is not detected, making the game unplayable unless the Expansion Pak is installed. The message itself predictably says, "This game requires a memory expansion pack. Please consult the game's instruction booklet for more information."

A 1.1 release was made in North America, mainly to fix a devastating memory overflow bug which was triggered by simulants entering the ducts in the Warehouse arena. This would overwrite the cartridge's EEPROM save with random garbage, even if a Controller Pak was being used for saving, and could render the game unable to pass the title screen. The version number of the start up screen has not been changed from NTSC version 8.7.

This revision also fixes a bug where Trent Easton did not appear in Crash Site's outro when viewed through the cinema menu.

The Xbox LIVE Arcade version is a mostly faithful port of the North American Nintendo 64 game. Some minor changes have been made, however.

The title update released on May 7, 2010 restored some original Nintendo 64 behavior which was lost in the initial release of the port.

Retrieved from "https://tcrf.net/index.php?title=Perfect_Dark_(Nintendo_64,_Xbox_360)/Version_Differences&oldid=1159066"
Categories:
Cleanup > To do
Subpages