Police Dog Lasy is a game about a dog that has to foil the world's worst thief by searching around a field for bags of cocaine, diamonds and guns.

Two versions of the original Police Dog Lasy exist. One version contains (painful) music and a few sound effects, while the other version is completely silent. The latter is also missing the forward slash in the result counter on the HUD that's present in the other versions. 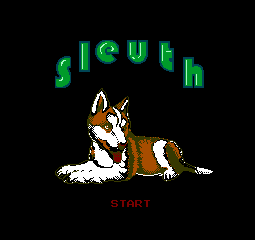 An alternate VT02 version of this game exists which, aside from a new title screen, is the same as the version of Police Dog Lasy with sound.