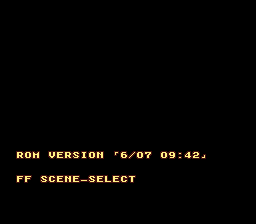 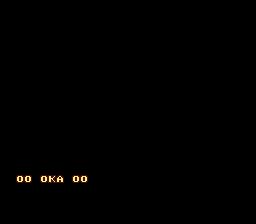 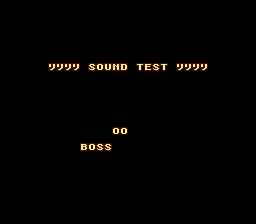 Use the Pro Action Replay (PAR) code 80A86AFF to boot into a debug/scene select menu, allowing you to go directly to various parts of the game by selecting a screen numbered 00 through FF (although several of the possible values aren't used, and several more appear to have been used in the past but no longer do anything when selected now).

A few of the choices lead to further debugging features or otherwise interesting things: 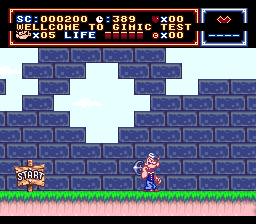 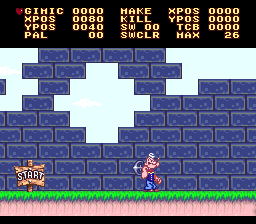 Selecting option FD from the scene select takes you to an in-game object test (or "gimic [sic] test") that lets you add or remove an object with specific properties using controller 2, while controlling Popeye normally using controller 1. 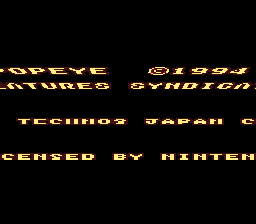 Selecting option DB ("STAFF") from the scene select takes you to a simple screen which, judging by the name, may have originally been a placeholder for a potential staff roll. The actual text it displays is the same as the copyright text shown when normally starting the game, but using Mode 7 to provide a perspective effect as the text scrolls up the screen.