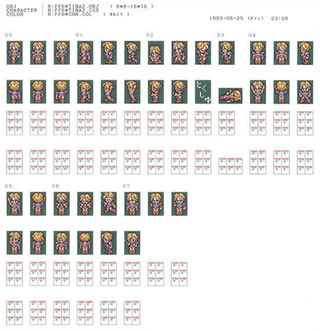 Terra (called Tina in Japan) looked very different early in development. She has blonde hair that isn't in a ponytail, her clothes are purple instead of red, and her boots are brown. The shoulderpads also seem bigger. These sprites are dated 6/25/1993, meaning that Terra's design was changed later in development. Strangely, the blonde hair is kept in Yoshitaka Amano's artworks of Terra, despite the design change.

Interestingly, the default character data the game fills all character slots with when a new game is created results in a character that uses Terra's sprite set with Celes' palette, making her hair appear blonde. 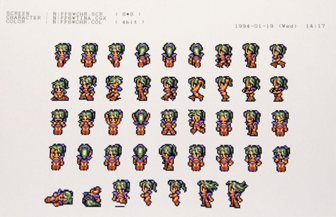 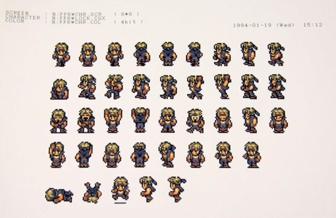 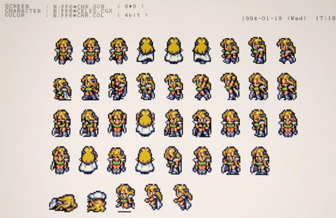 Spritesheets for Terra, Locke and Celes dated/compiled on January 19th, 1994. All appear to be identical to the sprites we all know and love but Celes' chained sprite is missing and there's an extra sprite for each not found in the final game. Its usage could've been for when the character has the Float status. 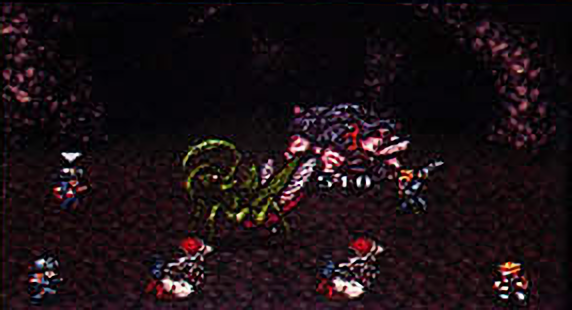 There is Edgar attacking with a dagger that does not resemble to any he's able to equip in the final, and the other party members on their Attack standby pose with a character that resembles Locke... Except he's right there.

Mystery Character wears what appears to be a bandanna, the other character depicted with a bandanna in official artwork is Celes. This character could be:

Scans are from the V-Jump January 1994 issue, 4 months before original release. Although the build V-Jump presented seems to be even earlier than that.

Misc. data: The comic strips and character art were drawn by Shueisha illustrator Rinko Yano, with the chibi designs being still credited to Tetsuya Nomura. 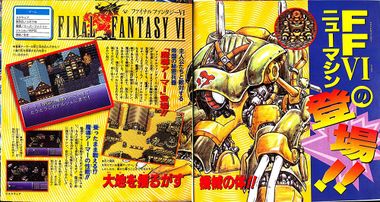 Imperial Camp was completely overhauled. Returner(Narshean Guard?) and elderly man are absent in the final, Cyan is seen checking out some Magitek armor.

The left side was revamped to be less cluttered and a save point was added. In the final you're able to walk one tile wide on the straight narrow path while riding Magitek, perhaps this change was done so it visually looks you're walking over the road tiles and not to the side(s) of it. There were also two hanging lanterns while the final had the right one removed.

The other two screenshots are depicted with the generic monster formation seen in most pre-release images; likely the formation spawn of choice for debug testing alongside Wyvern and Vulture x2; more of that later. 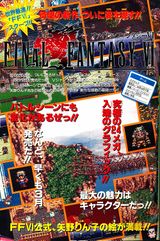 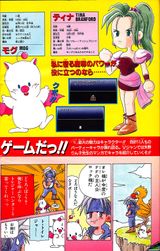 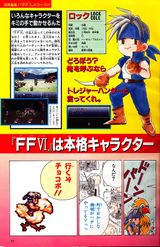 In these pages, Terra, Locke and Mog are introduced with their bios. Oddly enough Mog is given some importance in this material, suggesting he had more presence in the game's story or he tagged along with the party for longer.

All three have a speech line on their in-game character introduction, before you're prompted to input a name. In the final a dialogue is given from a narrator's view, describing the character's background. Although these screenshots could easily be mockups. 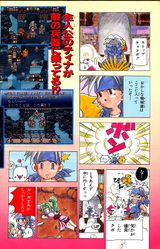 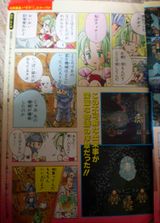 These comic strips tell an alternate version where Locke riding a Chocobo arrives the scene a-la-Bartz alongside Mog and find an unconscious Terra. Clearer screenshots of Terra and her companions arriving Narshe. 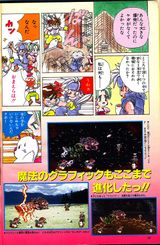 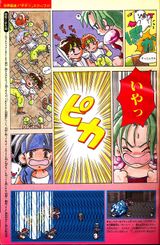 Hostile soldiers won't let our heroes chill at the pub in peace. Battle scenery and spells are being showcased. 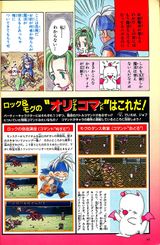 Locke and Mog's quirks are being demonstrated. 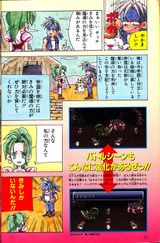 The trio is at the imperial camp, for whatever reason. Explanation about battle raid formations.

There are more pages although in poor quality. Definitely a lot of stuff going on here.

A Chocobo stable in Narshe! That explains the Locke with a Chocobo drawings. Mog and Locke on their way to Figaro Castle...?

Now this is where the 'who was the frozen Esper originally' enigma takes a turn of events: Again there's frozen Maduin being shown, however during the battle sequence the confronted Esper IS Valigarmanda. Whereas this discrepancy is not fully explained, this could only possibly mean one thing: Maduin was merely a placeholder.

Not much different. The Guards look different, more poorly drawn. 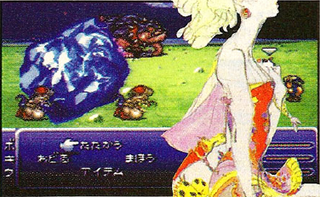 The formation is the same formation seen in another early screenshot, although Ice 2 is being casted on the Gilomantis. Locke and Mog also can't be alone in random encounters. 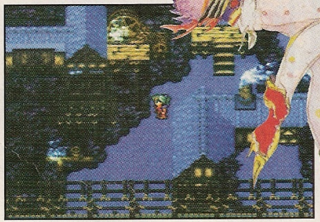 The steam is clearly glitched in this scene. 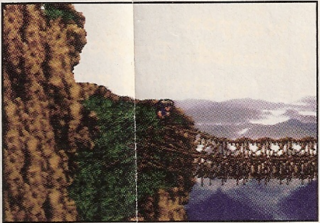 This scene lacks the foggy overlay. 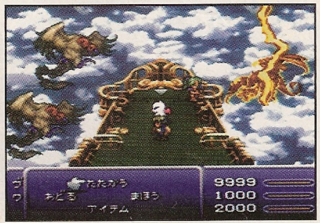 You cannot fight a wyvern and two vultures on the Blackjack; all battles on the airship are scripted.

Retrieved from "https://tcrf.net/index.php?title=Prerelease:Final_Fantasy_VI&oldid=1089642"
Categories:
Cleanup > To do
Cleanup > Works In Progress
Games > Games by content > Prereleases