This page details prerelease information and/or media for Flipnote Studio. 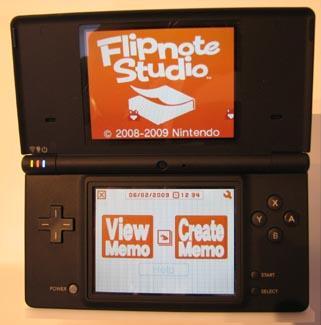 This photo of an early version shows a different title screen. Apparently "Flipnotes" were once called "Memos". 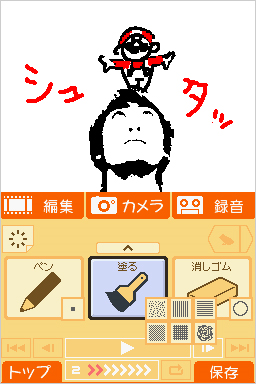 This image was released for the Nintendo conference of Fall 2008. It shows an early version of the interface. The top screen says "shutatsu". 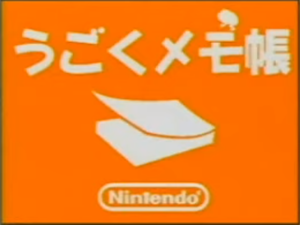 The Fall 2008 conference also shows an early title screen, showing an earlier logo, notepad and frog at the top.