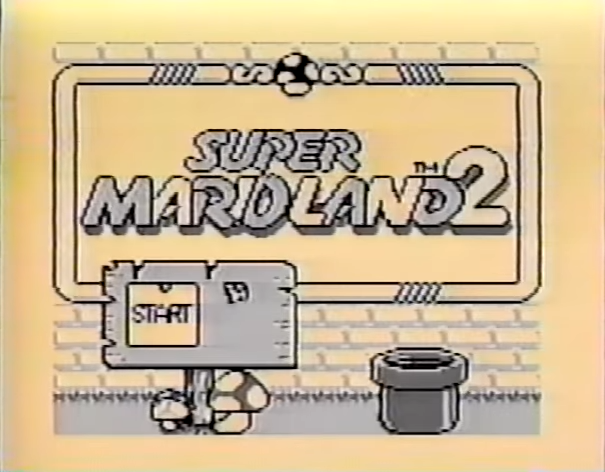 As seen in a commercial for the Game Boy, the English title screen once had a much different design, similar to the final Japanese one. However, the title logo is completely different to either final version, and there are a few other differences with the final Japanese version: the early version has a rectangular sign with "Start" posted to it, while the final has an arrow-shaped one with "To Mario Land" instead.

The final also adds the characteristic eyes to the mushroom above the logo, and makes the pipe appear less worn. 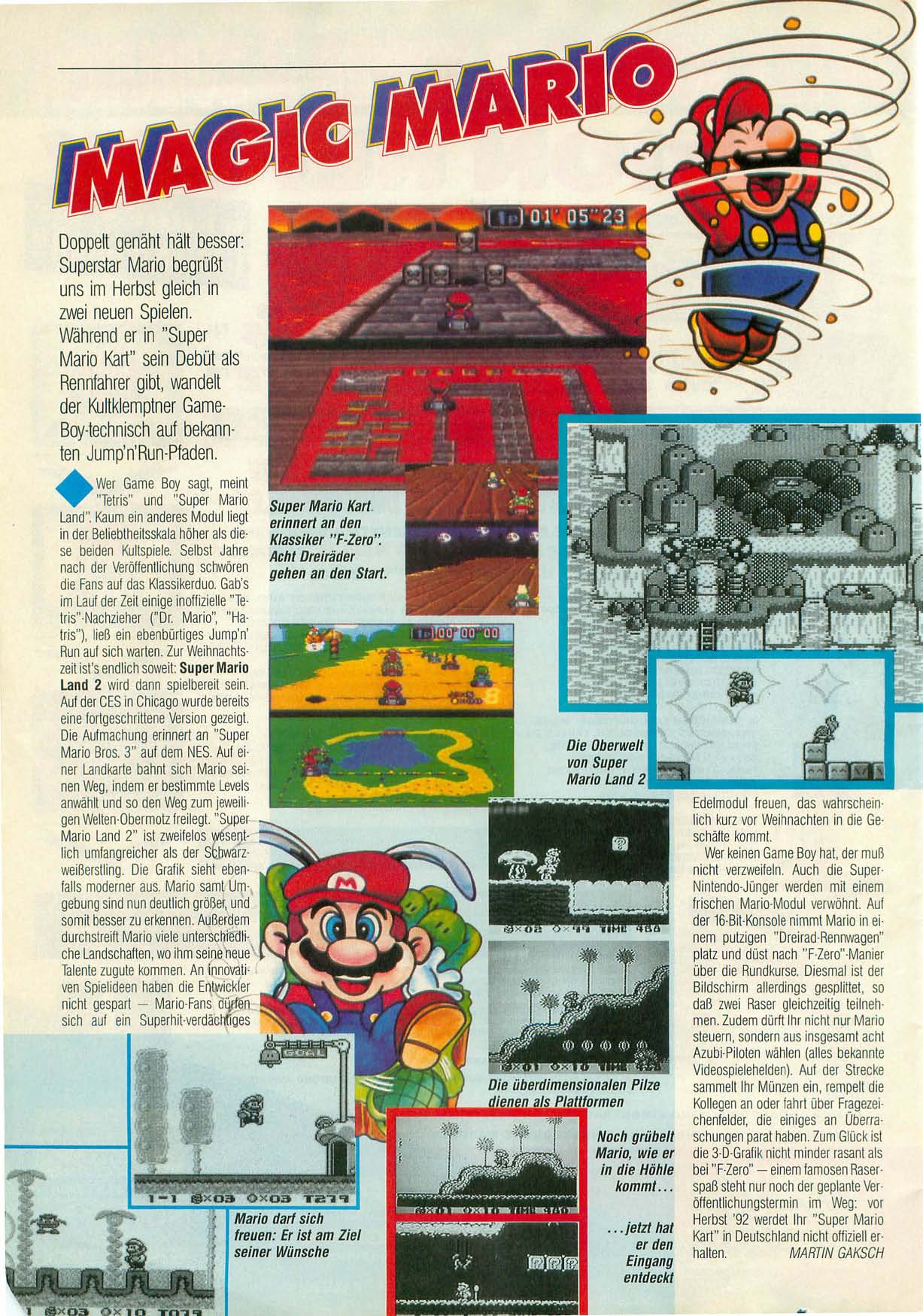 An issue of the German magazine Video Games showed eight pictures from the new game, most with differences from the final. From top-right to bottom-left: