The Speedrunning Event Builds were part of an event that took place a couple weeks before the game's release on October 5 2017. People who had access to the Beta builds, as well as popular streamers and let's players were given these builds to participate in the event. Four known Speedrun builds were released, but only two contained data for the actual event. The first and last of the builds were simply tiny executable files that either told the player to prepare for the event or to wait for the game's final release. Despite being so close to the final game, there are still numerous differences to be found in them.

Differences to the Final Game

The title card for Blue Rifts had a strange brown smudge on the right side of the image in both the Speedrun Event build and the Speedrun Performance build. This odd mistake was corrected for the final game, along with several background details being adjusted slightly.

In the Speedrun builds, Hat Kid still used the same closed eye texture as in the Beta builds. This texture was updated the day before the final game released, however, it still managed to sneak into the very first release of the final game, as that release happened to have been compiled the day before release as well, before the texture was swapped out.

Doesn't appear to be any major differences. Normals were adjusted. Has less vertices than the final: 2329 vs 2373.

Doesn't appear to be any major differences. Normals were adjusted. Has less vertices than the final: 1690 vs 1709.

Key binds were removed from the final game and were replaced with an 'input assist' option that attempts to correct player inputs that were a few frames too early or late.

The option to automatically skip all skippable cutscenes in the game was clarified to inform the player that it can't skip all cinematics in the game.

Interestingly, in all builds of the game aside from the Speedrun Event builds, the Mafia directly reference Science Owls, here. Even in the initial PS4 and XBox One builds, which were compiled in-between both Speedrun builds. In these builds, however, they explicitly reference Express Owls. Seems that, when Science Owls were scrapped, they tried fixing this line to make more sense in-universe, but ultimately decided that referencing Science Owls was better.

The mugshot icon for Hat Kid is the same one from all other prerelease builds of the game in the Speedrun Event build, but was updated to its final design in the Speedrun Performance build. The icon even managed to sneak into the initial releases of the Xbox One and PlayStation 4 versions of the game.

Between the two Speedrun builds, the initial versions of the console builds for Xbox and PS4 were compiled, which required moving most of the HUD icons to a startup package for the game so that they are always loaded. As a result, almost all of the item icons in the final game are loaded in the Speedrun Performance build, but aren't used. The icons are all identical to their appearance in the final game. 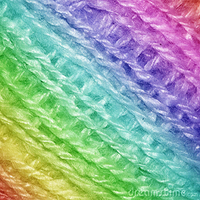 A placeholder UI yarnball texture for Yarn. This graphic is only found in the Speedrun Event build. Dated March 15 2017. Can be seen in a deleted video uploaded by Gears For Breakfast of the game running on Xbox One when Hat Kid stitches a new hat.

The unused default level intro theme from the Beta builds is still unused in the Speedrun Event builds, as well as the final game.

A level by William "Habboi" T. Nicholls that is hidden within the files of the Speedrun Event Build only. This level was removed in the Speedrun Performance Build. To play this level in the build, open up the developer console, and type "open wet_mushroom_heaven". It is a rainy level, with the main gimmick being difficult jumps across bouncy mushrooms. This level also features a voice-over at the beginning, provided by the game's 2D Art Director, Jenna Brown. The level was later re-released by Habboi as a mod for the final game.

Retrieved from "https://tcrf.net/index.php?title=Proto:A_Hat_in_Time_(Windows,_Mac_OS_X)/Speedrunning_Event_Build&oldid=1251350"
Categories:
Cleanup > To do
Subpages