This page details one or more prototype versions of Balan Wonderworld.

Balan Wonderworld quickly got a bad reputation the moment the demo came out, and it was delisted a few months after the game was released. Considering the changes made to the final game compared to the demo, it's only a huge loss for archivists. To make this worse, some of the content found in the demo was removed in the full game.

The demo version uses the Isle of Tims as the background, whereas the final uses the Balan Theater instead. The demo background was replaced entirely, as both versions call this file "UI_TitleBG02a".

Icons showing alternate versions of Leo and Emma are found in the UI folder. Given to that Leo's render is similar to the final and the icons for the used versions are called "UI_CHRFace2" and not "UI_CHRFace", this suggests that these are early character selection icons. These icons also show some slight differences. Leo's hair is brighter than the final, where Emma was more pale white.

As seen in the internal project name for the game, the working title for Balan Wonderworld was "Happiness". This logo shows that the full working title was "Project Happiness". 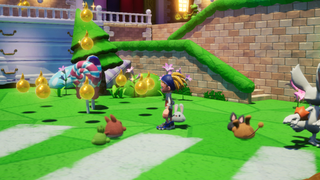 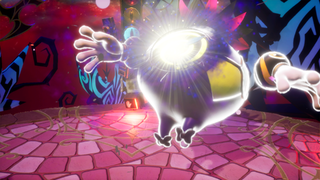 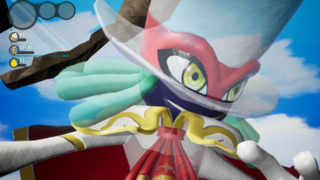 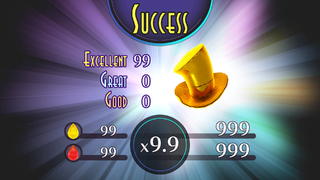 Four unused images from a very early build of the game can be found in the demo. These might have been placeholders for the end stage graphics. There are lots of noticeable differences compared to the final game.

Leo and Emma's movement speed is slower and the running animation is faster in the demo. The reverse scenario applies to the final game.