From The Cutting Room Floor
< Proto:Batman: The Video Game (NES)
Jump to navigation Jump to search

This is a sub-page of Proto:Batman: The Video Game (NES).

The boss of stage 1 has twice the health in the prototype (and the final Japanese version).

At this point, Firebug is the final boss, and Batman merely punches the Joker out in a cutscene. Someone evidently thought this was pretty lame, and the final has a proper climactic boss fight with the Joker.

The tracks below are played during the ending scene in the prototype: the first when Batman meets the Joker, the second when the Joker has been punched and everything goes black and white.

Both are done on Controller 2, and are also present in the later prototype. 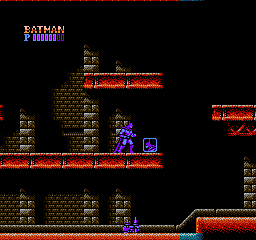 A 1-up is only present in the first area in Level 1. The graphics remain in the final, though.

Unlike the final, the prototype only shows your remaining lives when you enter a new area or lose a life. Also, the pause screen's font was changed from plain white to yellow with a gradient.

The final version, unlike the prototype, flickers between a text and background screen creating an interesting transparency effect. In the prototype, the background is positioned higher up to make room for the text. In addition, there is also a fog effect that goes over the moon.

The Joker's portrait was made smaller, has a different palette, and appears to be a different picture altogether.

Vicki's portrait was also made smaller and had a palette change. 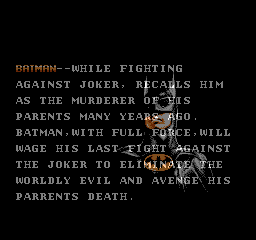 This scene is only in the final and introduces the murder of Batman's parents to the story.

Each piece of dialogue was changed so it starts with a unique graphic in orange of what's being described. Some line breaks were changed as well as entire sentences to get rid of awkward wording.

The final didn't change anything too major, just some rewording.

The reference of "DDID" gas was removed, and some major Engrish was fixed.

The final no longer has Vicki kidnapped, and she no longer has key information. In addition, the final adds text to lead up to the next scene with Batman.

At this point, the cutscene is Batman stopping a street thug to learn the whereabouts of Vicki. In the final, this was removed in favor of a short cutscene of Batman in his Batmobile.

Of particular note, the last scene in the prototype, while unfinished, adds context to Batman's introduction into Stage 1-1. While Stage 1-1 begins with Batman's sprite "dropping" into the level in the final, it is without the benefit of the removed "building-leap" sequence.

The final version actually retains some of the early cutscenes! 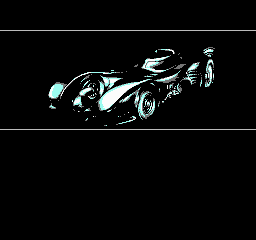 These are only in the prototype. The third scene with the Batmobile appears to have identical graphics to the one in the final, but has subtle differences. 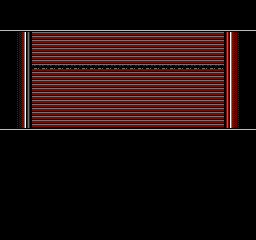 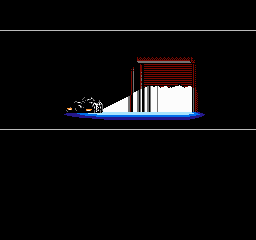 These two scenes are the only scenes both versions share.

In contrast to the final, which contains only one scene here, the prototype uses four.

The prototype's cutscene is shown when the player enters the boss room. Once the boss is beaten, the ending is shown. Since the Joker was added as a boss in the final, a further cutscene was added after the Level 5 boss.

Drastic changes were made to the ending, which was completely redone for the final.