This is a sub-page of Proto:Ratchet & Clank: Going Commando.

The HUD in this prototype is differently positioned, gray Alpha Preview Disc text is at the bottom of the screen, the logo is on the top right corner and the background is different than the final version of the background.

The options screen is just a language selection in this prototype. In the final, you have more options.

The pause screen in this prototype is slightly different from the final, it is interesting that the HUD in an earlier demo from June resembles the final pause screen more closely. 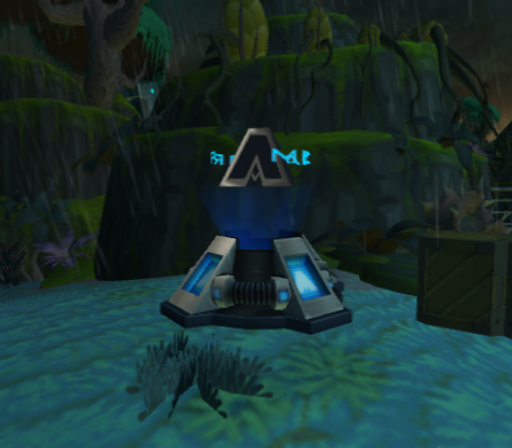 Eight planets, two space battles and a Ship Vendor level are available in this preview build, with Tabora being the last accessible level. Attempting to visit planet Dobbo causes the game to crash, as the level files are not present on the disc. A list of accessible planets are on the list below, which includes some early names for some planets.

In this prototype, the theme for the Megacorp Outlet is an entirely different track, which sounds much more intense compared to the peaceful elevator music heard in the final game.