Gnasty's World (or as it's called in this prototype, the Machinists) is the final world of the game. It's also by far the least complete one in this build.

Unlike the final game, there is no Home area, with Gnorc Cove essentially serving this function. Whether Gnorc Cove was initially planned to serve as the Machinist Home or is simply used here as a placeholder is unknown. Gnasty's Loot is also not yet present.

Replaces the Gnorc Gnexus and can be travelled to and from using a balloonist. Occupies level ID slot 60 instead of 61. 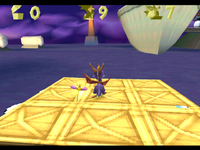 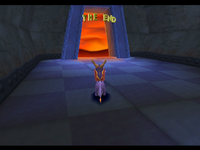 An early version of Twilight Harbor that cannot be accessed by normal means. Occupies level ID slot 61 instead of 62. 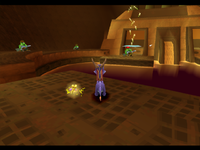 An early version of Gnasty Gnorc, the final boss' area, that cannot be accessed by normal means. 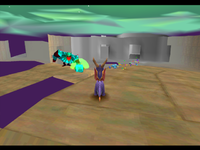 Inventory data is present for three more levels in this world, though none of these levels actually exist in this build.