Being from the first three worlds, the differences in the Magic Crafters world are relatively minimal at this point in development. Perhaps one of the most unexpected changes in this prototype, however, came in the form of the Blowhard boss fight at the end of this world. 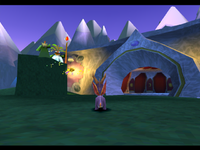 Alpine Ridge has the name Alpine Cliffs in this version. 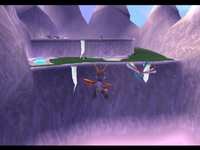 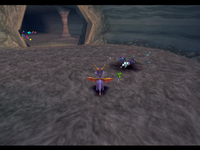 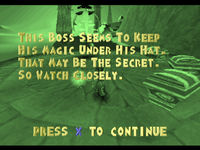 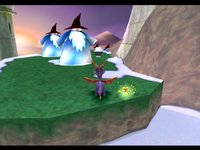