The world that directly follows the Artisans home is Peace Keepers. The levels here are almost finalized at this point in development, but various changes from the retail version are still present. 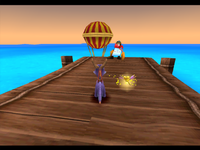 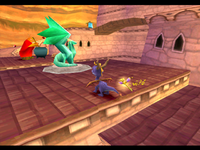 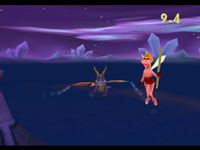