This page details one or more prototype versions of Yandere Simulator.

Yandere Simulator is an anime-styled hitman game based on the premise of the anime archetype "Yandere": a psychotic and violent female who shows affection towards her crush. In this case, as one might expect, you play as a girl named Yandere-chan who is infatuated with a boy called Senpai.

Due to the game still being in development, there's no overall goal besides murdering anyone who shows the least amount of interest in Senpai.

Midori's hair was changed in the November 15th update, but her original model still exists in the game files. 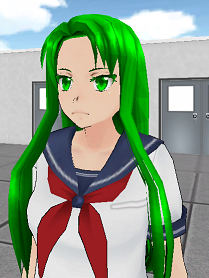 Musume's original hairstyle can be seen in an update on YandereDev's posted blog. However, it was ultimately changed before the build was released. Musume with her original hairstyle bears a striking resemblance to the copyrighted character Galko-chan from the anime/manga Please Tell Me! Galko-chan (おしえて！ギャル子ちゃん Oshiete! Galko-chan), which explains why it was changed.

The original texture for the hair, as well as its accessories, remain in the game's files, but are unused in the game itself. The hair model was scrapped from the game files before the update supposed to be containing it was launched. The accessories consist of a purple flower and two earrings, which can be given to any female by modifying the JSON files. 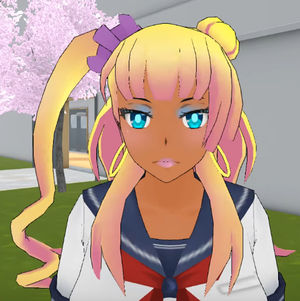 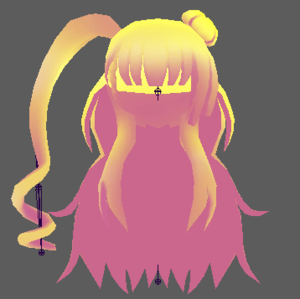 Nemesis, the main enemy on Mission Mode had two hair changes throughout development. The first one happened because the artist that made the picture which YandereDev based her first hairstyle asked him to change it. 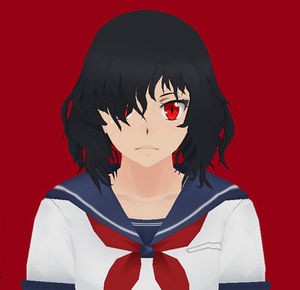 The second hairstyle was always meant as a placeholder, as there was a poll to decide the third, and possibly final, design. 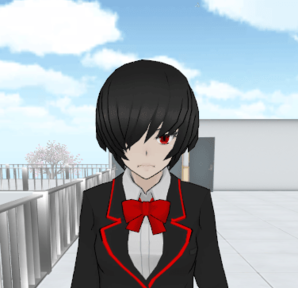 Witness-chan and Victim-chan appeared in the video titled "How to get away with murder in Yandere Simulator" from the game's YouTube channel. They were removed in succeeding updates, but their code still exists in the March build in the file named Students.