Road Worker is a game where you have to fix a series of neglected roads in order for a van to make it from one end to the other. It's a decent game concept, but it's completely ruined by Nice Code's complete inability to put decent music in their games.

An early sprite of the front of the van, which shows that it was originally meant to be a car.

An duplicate sprite of the back of the van. Aside from being positioned slightly differently, it's identical to the used version.

These letters would have been used along with the P, E, and R from the PRESS START BUTTON message to spell out "PLAYER 1" and "PLAYER 2" options. As Road Worker is a one-player game, these letters go unused.

Some lines with an unknown purpose. 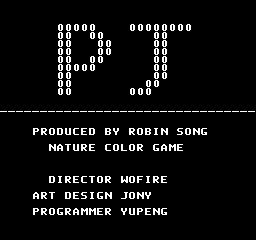 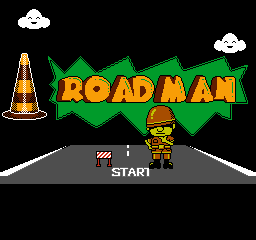 An alternate VT02 version of this game exists which changes some of the title screen graphics but is otherwise identical.