SWAT 4 is Irrational Games' take on the tactical police shooter, though most players would rather abuse the taser and pepper spray than act like actual police officers. 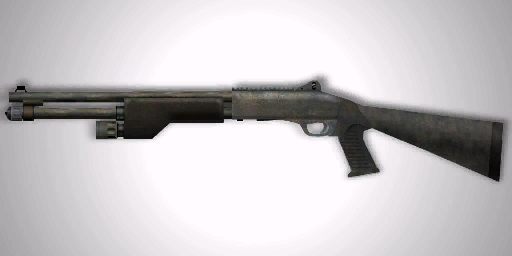 Icons and models exist for a Benelli M1Super90. The model looks nearly identical to the M4Super90, with a missing shell rack and different stock. The M1Super90 model is reused as a suspect-specific weapon. The icon implies that this was once intended to be a player-usable weapon, but perhaps dropped due to similarities to the M4Super90 outlined above. 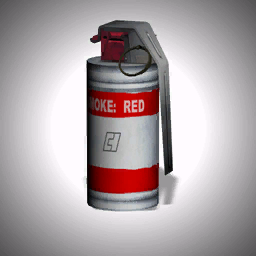 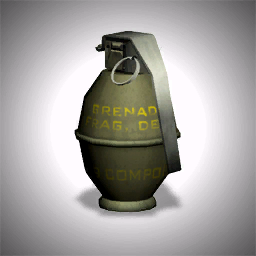 An icon exists for a red smoke grenade item. While it doesn't appear in the game, a red smoke effect is used to mark the escape zone in VIP Escort. 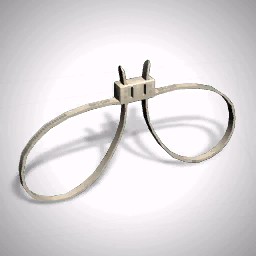 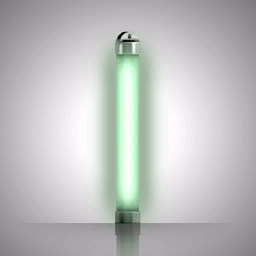 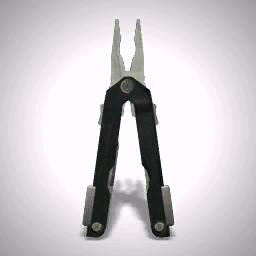 Curiously, icons exist for pieces of equipment that the player always has equipped - handcuffs and multitool - but these aren't used. The expansion doubled down on this logic by adding another such icon for the lightstick that isn't used. 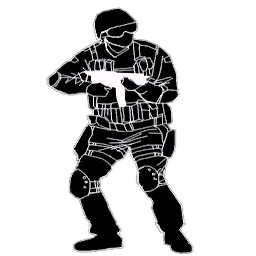 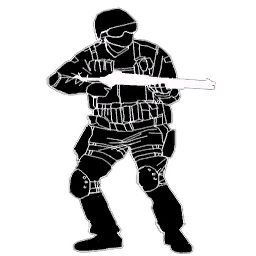 The gui_tex.utx package contains a number of interesting things, including the images described above, but also an early version of the paperdoll. This version has a different appearance based on the weapon choice of the player.

The game notably has a few features which were cut at the last minute before release. All of this functionality has been restored by player-created mods. 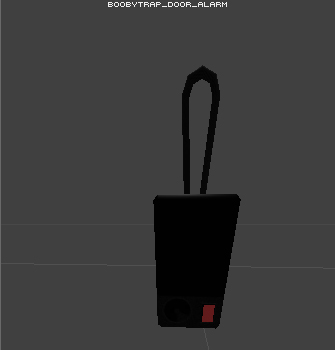 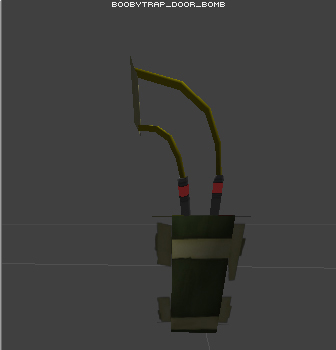 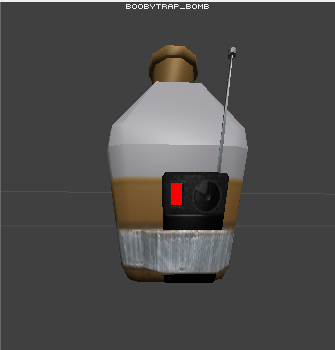 It's evident that traps were cut very late in development. There are at least three different trap models (a door-rigged alarm, door-rigged bomb, and free-standing bomb, triggered by a switch), and several classes (BoobyTrapRoster, BoobyTrap, ...) that give credence to this. On Children of Taronne Tenement, one door is assigned a label "AltarTrap" and another is assigned "BigRoomTrap". On Northside Vending and Amusements, the door leading to the laundromat is assigned the label "TrappedDoor". Additionally, the mission briefings for these missions both mention that traps are a possibility. If that wasn't enough, there's scripted conversations that were set to happen when a trap is tripped.

The expansion also has a Speech Recognition feature. This would've allowed the player to issue commands using their voice. The feature can be turned on using console commands, or by adding some data to SwatGui.ini.

The game has a lot of unused speech, all in .ogg format.

An audio file exists that mentions the Ventura Grand Suites (Ventura Hotel) from SWAT 3. It would've played in the elevator, similar to one that plays in the level Old Granite Hotel. The audio is very similar to the one in Old Granite Hotel and seems to be spoken by the same person, lending credence to the idea that this was originally the working name for that level:

c09.wav (unused): "Welcome to Ventura Grand Suites. For your dining pleasure, the Santa Fe Lounge is open until midnight on the first floor mezzanine and features the spirits and cuisine of the American Southwest. For something lighter, enjoy fine dining poolside at the marina cafe. Thank you for choosing Ventura Grand Suites!"

HotelElevVO.ogg (used): "Welcome to the Old Granite Hotel. For your dining pleasure, the continental lounge is open until midnight on the first floor mezzanine. For something light, enjoy fine dining poolside at the marina cafe. Thank you for choosing the Old Granite Hotel!"

The game just uses a generic "Disable" speech line, and only two variants. For reasons unknown, they also recorded seven variants for disabling bombs that never got used. Above is two of them.

Since traps got removed, this command got removed as well. Likewise, there's another six lines of dialogue that aren't used.

This command does not appear to work correctly, but the audio still exists.

It's unclear what this command was actually used for, but the editor seems to indicate that any actor can be examinable.

After an AI-controlled officer examines a door, they can either report that a trap has already gone off on the door, the door is not trapped, or that an undisabled trap was found on the door. Each sample above is an example of these, respectively. There are over 45 lines that are not used here.

Most of this is pretty obvious stuff, but there's a few specific points of interest:

By entering "battleroom" into the console (with cheats enabled in Swat4.ini/Swat4x.ini), the player is taken to a top-down style of interface. By clicking on an AI, they are selected. By clicking in an unoccupied area, the selected AI will be teleported to the clicked area. There are five black lines (supposed to be "buttons") that don't do anything when clicked, although judging by the code they are supposed to: "Toggle god," "Toggle Debug," "1000 Health," "Boost Morale" and "Cancel," respectively.

In GuiBase.ini, changing "bModAuthor=False" to "bModAuthor=True" will enable the ingame's GUI editor. Pressing CTRL+ALT+D will bring it up, and H will show the controls (after it is enabled). Any changes made with the GUI editor will work in multiplayer without disconnecting the player, although bModAuthor will need to be set to False again.

All of these characters can be spawned with the SummonArchetype Enemy or SummonArchetype Hostage console command (detailed above). This is not including ones which appear in the Quick Mission Maker, but don't spawn normally.

These can be spawned using the SummonArchetype Inanimate console command (see above for more details):

The 1.1 patch (for Vanilla SWAT 4) added ingame advertisements through the Massive advertisement service. While these advertisements no longer function and Massive has shut down, this is notable for being one of the first appearances of dynamic content served through in-game advertising. The patch also reduced the damage on the .45 SMG JHP rounds and added the maps MP-ConvenienceStore, MP-Hotel and MP-JewelryHeist.