Shadow Warrior is a story of one Lo Wang, who goes out on a mission to stop a corrupt executive from taking over Japan. Wang is prepared to slay any enemies in his path and make some cheesy jokes along the way.

A shuriken cursor that would have been for the main menu. The final version uses a yin-yang symbol instead.

This cursor is used in several prototypes.

Tile 1744 contains a texture featuring the head of an older player design. This design can be seen in several prototypes, but oddly, the sprite itself has never appeared in any prototypes where this design was in the game.

Inside the game's files are two unused skies. Larger versions of these are used in the April 4th prototype, though. 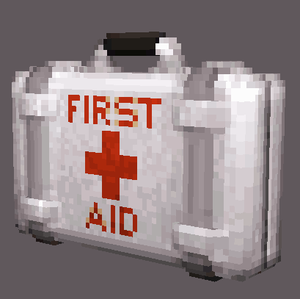 Among the game's voxel files is one called "medkit2". When opened, it reveals a voxel version of the Portable Medkit from Duke Nukem 3D. This does not appear anywhere in the game.

Inside the game's files are a full set of animations for a naked anime girl killing herself with a katana. She appears in a texture found in Master Leep's Temple, suggesting she was meant to appear there.

On top of the commands seen by entering sw -?, many other command line options were programmed into the game. These can be entered in the command line like the documented commands (such as sw -cheat -cacheprint -level1).

Because of "video nasty" laws in the United Kingdom which at the time prohibited the use of ninja weapons (or the term ninja, at all) in media, the Shuriken was changed into darts in order to be sold in that region.

The commercial Shadow Warrior Redux port allows the player to swap between darts and shurikens at any time.

The Fists of Fury support more than one type of attack mode, two of which vary the damage, and one of which reduces damage to one third. Only the default strike has a condition available in the source code, all other instances are commented out or filtered by the pre-processor.

Shadow Warrior includes bot play, for single-player multiplayer games. Of course, they can't be enabled, as the "-bots" command line parameter is commented out.

Based on the source code, it appears the bots attempt to emulate a player. Default decisions take place in the following order:

Three levels contain hidden messages, two of which require cheats to see them. 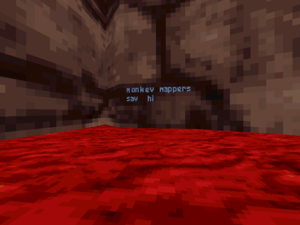 The message "monkey mappers say hi" can be found in a lava pool just past the main entrance to the room with the Bronze Key. It is at the bottom of the large pit the player can fling himself. This makes it the only secret message that can be found without cheats, as the player can see it while rotating his head after dying. If this was intended is unknown.

Raiders of the Lost Wang 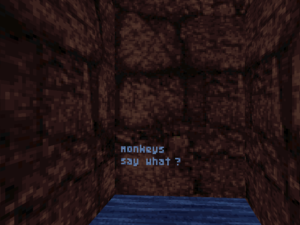 "Monkeys say what ?" can be found past the waterfall at the far left side of the large area the level starts in. Either noclip or the jetpack gained from God Mode are required to see it. 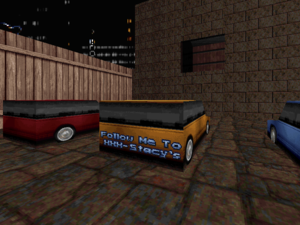 The parking lot seen at the very end of the level has the message "Follow Me To XXX-Stacy's" behind an orange car. "XXX-Stacy" refers to the level in the Atomic Edition of Duke Nukem 3D. Noclip is required to go through the invisible wall blocking the parking lot from the rest of the level.