Super Action Pak is an Australia-exclusive compilation of Pitfall!, Barnstorming, Grand Prix, and Laser Blast, jam-packed into a single cartridge. 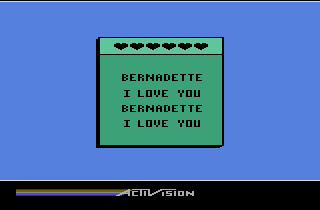 Hold down both Fire buttons while powering up the console to display a message of love to someone named Bernadette. The "SELECT GAME" text will also be replaced with hearts. 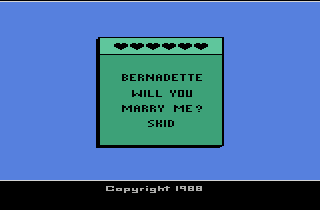 A second part to this message can be displayed by holding down the Fire button on Controller 1 and pushing the joystick in any direction. It's a marriage proposal from "Skid", who created the messages and (presumably) programmed the compilation itself.