Terminal Velocity is an arcade-physics flight shooter set in AD 2704.

Type a code between trwarp1 and trwarp9 to jump to another stage within the current episode, or trinext to proceed to the next stage.

Most of the other in-game cheat codes are the same as in the PC version, except that maniacs (for afterburner) has been changed to trimacs.

String 2 from STR# 1000 was probably used only in test releases:

Minnis was co-author of this port, while the number, with a change of area code, was Terminal Reality's through at least 1999. 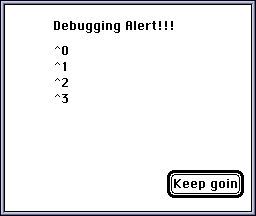 All you can do is keep goin'.

Press Z on the title screen to enter benchmark mode, in which each component of this object simultaneously gyrates in a different fashion. Press Esc or ⌘Q to go back. 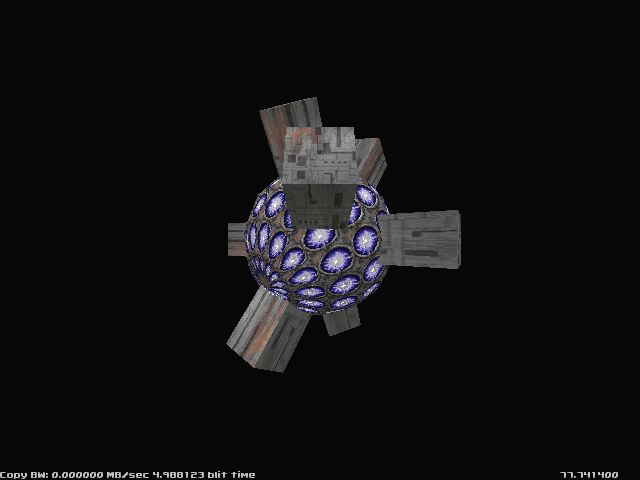 Typing trframe during gameplay will bring up that fps counter in the lower right corner.