The Adventures of Rocky and Bullwinkle (NES)

The Adventures of Rocky and Bullwinkle somehow manages to do both, which is especially bad given it's a late-1992 release on the NES.

A stick of dynamite.

A barrel very similar to the ones in Stage 3, the boat.

A realistic red heart with no outlines.

A weird portrait of Bullwinkle with no feet and a blank eye.

A smaller version of the cloud seen in most levels.

An unused variant of Rocky sliding. The used sliding sprite has smoke and his legs aren't out as far.

Many palettes in the game repeat the same color, therefore painting the graphics they're applied on with one missing since they blend together, hiding details. 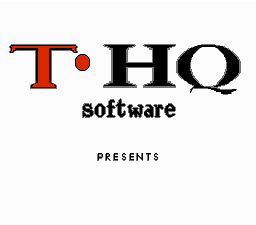 The THQ logo and the text below it were supposed to have outlines. 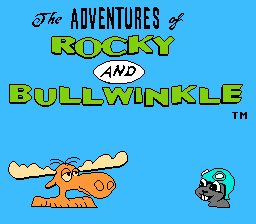 Proper coloring of Rocky on the title screen... 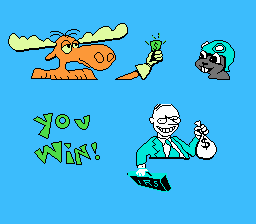 And his in-game sprites.

During gameplay, press B, A, A, Start, A, B, B, A on Controller 2. A sound will confirm correct code entry. You can now use the D-Pad to move Rocky/Bullwinkle around. On Controller 2, press B to skip to the next level or Start to disable debug mode.