The Desolate Hope is a rather unique title that could be classified with a number of genres, being a platformer, top-down Zelda-like, and RPG all in one. This is all matched with an enchanting artstyle reminiscent of 90's age 3D renders and a bittersweet story starring a coffee maker. It was initially released in 2012, although was later released as freeware on Steam in 2014. It's made by one Scott Cawthon, who you may know for something else. 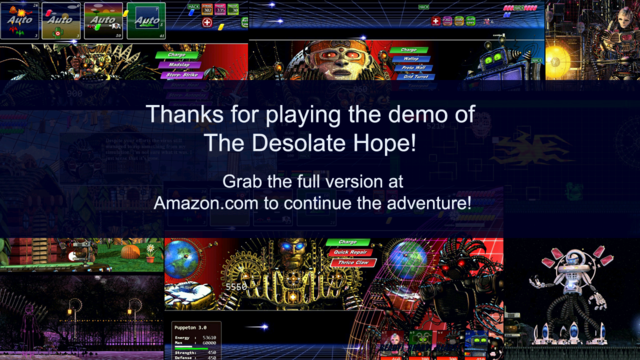 Similar to some of the Five Nights at Freddy's games, The Desolate Hope also has a leftover from the demo - advertising the full game on Amazon, of all places.