The Legend of Zelda: Ocarina of Time/Curious Collision 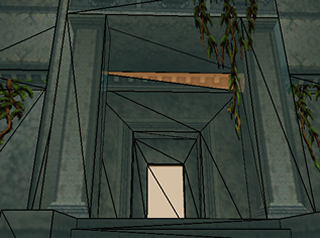 A section of the collision above the doorway to the Skulltula hallway in the Forest Temple is set to a wood surface. Using the Moon Jump code to hit it with the sword generates a wooden collision effect. 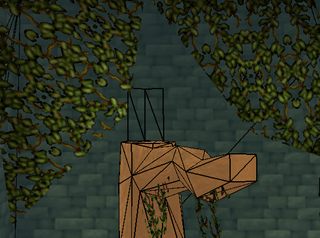 There is a rectangular collision barrier atop the tree trunk where the treasure chest appears. It does not correlate to anything used in the final game. 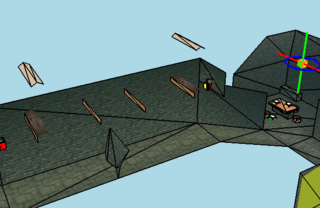 There are two instances where collision for the logs here is positioned outside of the room itself. This, along with the fact that this place contains a Gerudo guard that fails to spawn because it is placed outside the map boundaries suggests that these aspects may be remnants from an older layout that underwent a redesign. 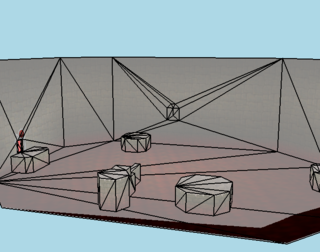 An invisible collision object resembling a window exists on one of the walls. 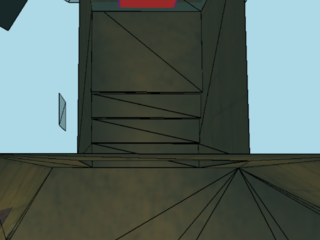 There is a small piece of leftover collision, right behind the wall to the left inside the passage that leads to room 2. The polygon type attributed to this piece is regularly used for the ground or walls.

The collision data includes several parts pointing to earlier versions of the background render. Most notable are the dirt paths leading to both sides and the trees in front of the Temple of Time.

The bottom edge of each door to Dark Link's arena can be targeted with the Hookshot. 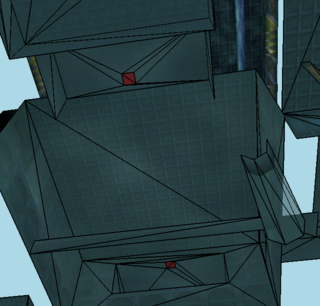 This room once held two Hookshot targets. Now, only the collision remains. 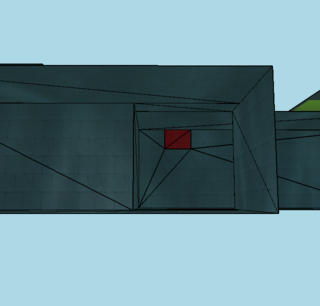 This unused Hookshot target is to the left of a used one. The used target is part of a timed puzzle that requires the Longshot to get past a gate. 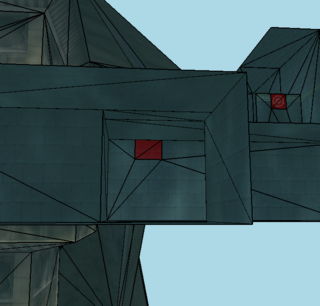 Facing another target in the same room above. 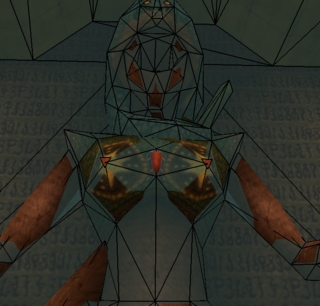 In an brave effort to subvert society's concept of programming as the domain of sexually-frustrated nerds packed into cubicles, an unnamed-but-heroic martyr cast his very professional reputation on the line to... ensure the goddess statue's nipples were Hookshot-able? 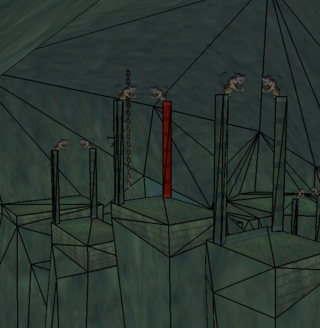 Despite not differing in appearance from the other gargoyle perches in this area, one of the wooden posts here can be used as a Hookshot target. 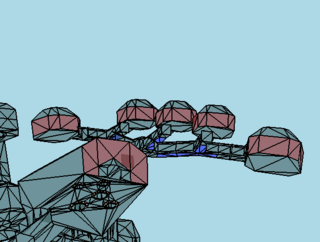 The walls of the tentacle rooms, Dungeon Map room, and Boomerang room in Jabu-Jabu's Belly should be viable Hookshot targets. However, because the collision type used by Jabu-Jabu's walls contains an additional effect that cancels out this property, they are not.

In addition, were Adult Link capable of accessing the dungeon, and were it not for the effect mentioned above, he would be able to avoid the vortexes in the pit room where one first meets Ruto by aiming his Hookshot at the back wall. 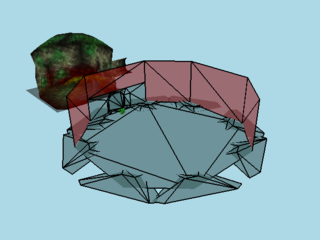 The walls of Barinade's Lair suffer the same fate as the rooms described above. 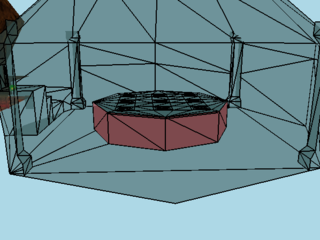 The borders of Volvagia's island can be used as a Hookshot target, which may be a side effect of the fact that one can climb them. 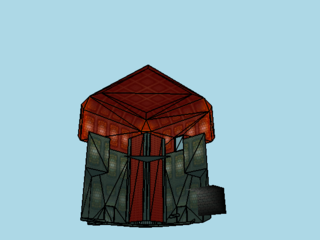 Link can use the ceiling and stained glass windows of Ganondorf's tower room to Tarzan his way across the arena. The climbable walls of the central pillar are also target fodder, as is Ganondorf himself, when he has collapsed to the pillar's surface after finding himself on the business end of a strike from his own ball of lightning. 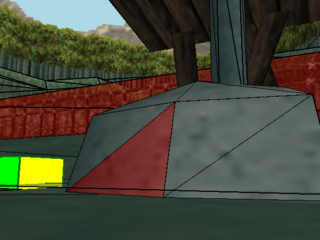 While it makes sense for the wooden fence to be targetable, the reason that Link's Hookshot can grab onto one polygon that makes up the stone contraption outside of Dampé's Shack is more unclear. 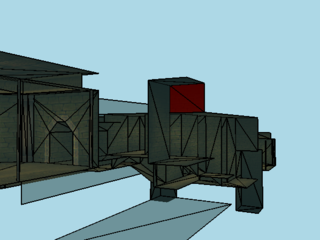 In this room, Link must avoid the proximity-activated flame walls and collect Silver Rupees in order to progress. In the top corner of the room is a wall out of which large stone boulders roll. It can be targeted with the Hookshot. 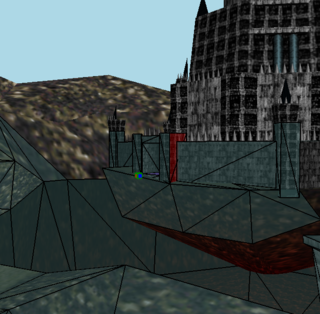 The side of the pillar next to the entrance to Ganon's Castle can be hookshotted. Because the castle wall itself lacks collision in this area, this allows players to walk through the seemingly solid stone and fall into the lava below when they reach the end of the ground collision. 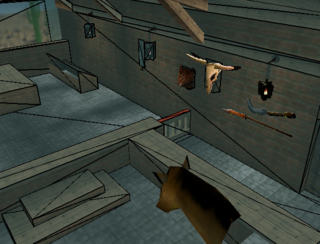 The top of the gate that leads from behind the counter to the target range can be targeted with the Hookshot. As this location is considered a building interior, it is not possible for Link to use items outside of the target practice game.

There are several areas in Hyrule where Epona's object is loaded, although it's not possible to enter these areas with her in the final version of Ocarina of Time, like Ganon's Castle exterior, the market, and Zora's River.

These areas still utilize collision polygons, colored in red, where Epona cannot walk further: on the staircases to the Temple of Time from the Market, the giant hole and the entrance to Ganon's Castle bridge, and the first fence of Zora's River.

Retrieved from "https://tcrf.net/index.php?title=The_Legend_of_Zelda:_Ocarina_of_Time/Curious_Collision&oldid=875482"
Categories:
Cleanup > To do
Subpages