Trailer Park Boys: Greasy Money is a free to play idle game for smartphones and PC, and is based on the Netflix show Trailer Park Boys. The game's plot follows Ricky, Bubbles, and Julian as they run different businesses such as a gas station that sells stolen gas, a strip club, an illegal casino, and a daycare for kitties.

The Orangie Party Pack remains almost the same, but with the added 750 liquor included with the pack. The 888 card amounts were most likely a placeholder.

The Hip Hop Ricky costume has been replaced by the Swish Still, and the pack doesn't have hashcoins included. The amount of cards, liquor, and trunks in the pack have also changed. The Hip Hop Ricky Costume was only used in a cutscene and hasn't actually been made into a costume.

Aside from removing the Hip Hop Ricky costumes and changing the amount of items in the pack, nothing much has changed.

Julian's Pack has gone through the biggest change, it replaced the Vodka Pool, Swish Still, and two Hip Hop Ricky Costumes with the Stolen ATM. The amount of items you get have also changed.

The game has weekly events which will sometimes rewards players with new characters or costumes for existing characters. A large amount of costumes and a few characters are in the game's files with complete graphics, and are most likely being saved for future events.

For some reason, Lucy has a costume that makes her a weird shade of blue, it was most likely for testing costumes and probably won't be added.

Trevor's outfit from when he was locked in the insane asylum.

Is that Jacob or Trevor

This costume is used for Jacob in-game, but the filename refers to it as a costume for Trevor. If you look closely, it actually does look like Trevor in the costume, it was most likely a last minute change. 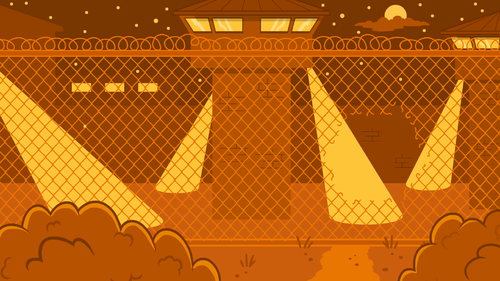 Jailbreak events won't be in the Steam version due to how short they are, but a full screen version of the Jailbreak loading screen was still created.