US Championship V'Ball (pronounced "Vuhball") is the inspiring tale of two guys in the States who made $2,500,000 playing beach volleyball.

Graphics from an abandoned high score feature. The early graphics misromanize "rank" as "lank"; the corrected graphics appear later on in the ROM.

It's Cookie Monster and Big Bird! Their faces are hidden behind sign sprites in the final game - Technos might have got cold feet about this particular piece of copyright infringement. Tweety was apparently fair game, though.

The lengthy Japanese title was shortened in the US version. 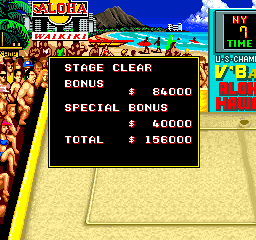 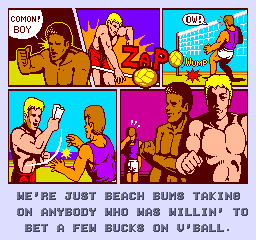 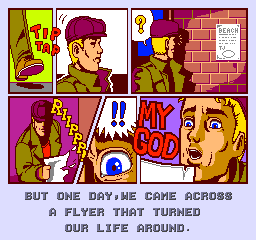 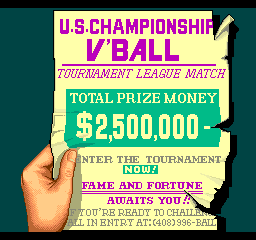 The comic book-like opening story was removed in the US version. That's not criminal, but it should be. 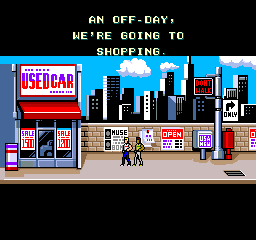 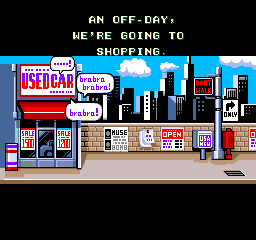 The Japanese version plays a short cutscene after the first match that shows our heroes, George and Michael, heading out to a used car dealership to buy a truck. Looks like the good English from the intro is gone. 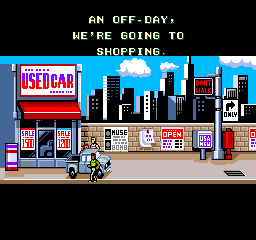 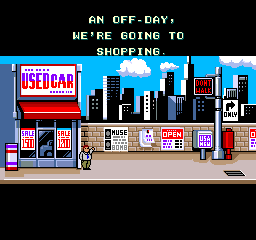 After successful negotiations, the two guys leave with their vehicle and the dealer waves them off.

The cutscene is played again after each subsequent match for the rest of the Minor Circuit (the game's first loop), but with a different vehicle each time. 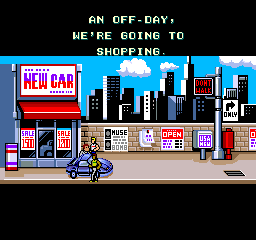 During the Major Circuit (the game's second loop), the used car dealership becomes a new car dealership and the vehicle they purchase is always a shiny blue car.