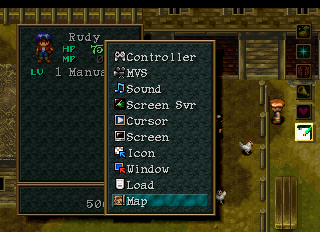 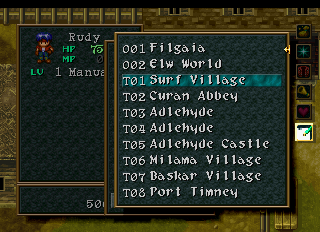 A simple map select debug menu is hidden away in Wild Arms. To activate it, input the following GameShark code, and when active, a new option, "Map", will appear at the bottom of the options menu.

It's pretty self-explanatory: Pick a location, and you'll warp to it instantly. The maps that can be warped to are sorted by type (O = Overworld, T = Town, D = Dungeon, E = Event, and ? = Miscellaneous areas), and for the most part, the maps are clearly labeled. 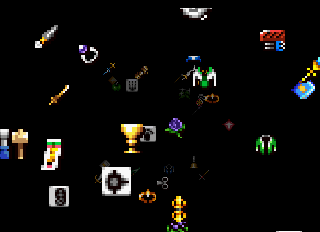 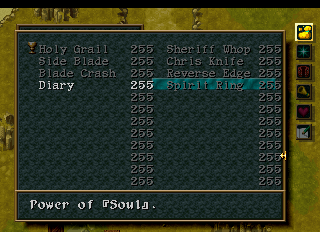 There are a few unused items hidden away in the game's code.

There are also numerous blank items with no icon, description, or effect.