Winnie the Pooh's Home Run Derby! is a Flash game ostensibly for children that became notorious for its unexpectedly extreme difficulty. In this game, Pooh must hit a given number of home runs to clear each level, but it turns out his sadistic friends can throw pitches that defy the laws of time and space.

Seriously, it has to be seen to be believed.

Graphics for the baseball terms "Double", "Triple", and "Out". These imply that the game was originally going to be more like an actual game of baseball at some point, rather than trying to hit a given number of home runs.

Similar graphics are also present in the Japanese version: 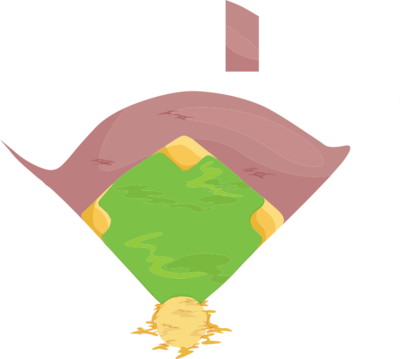 The field has an extra... thing... below the other graphics.