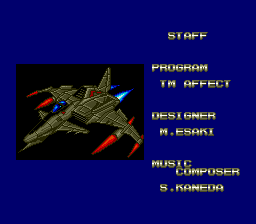 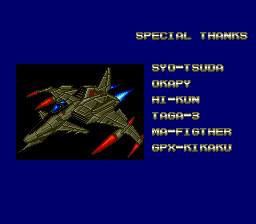 There are credits in the ROM, but they aren't shown in the ending. In fact, the code to show them is jumped over; use patch code 2E36:4E714E71 (which nop out the branch around the credits code) to show them.

The ending song was timed to the completed staff roll; as a consequence, you only hear part of the song during normal gameplay. You can hear the full song in the sound test (song 06). 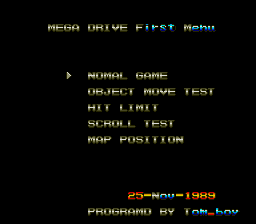 Boot up with patch code 1E8A:FFFF to access a debug menu.

Apparently the only way to exit an option is to reset.